NOW TV traditionally might be known for selling TV passes, but it's also established itself a major provider in the UK broadband market for quite a while now. In 2020, NOW Broadband continues to offer unlimited fibre broadband deals with speeds to rival the likes of BT, Sky, TalkTalk and EE. But is it any good?

Is NOW Broadband any good?

NOW Broadband is a solid choice for a good-value broadband deal on a 12-month contract. You can also add on the TV passes which NOW TV is famous for, and the fact there aren't any credit checks makes it the number one choice for some.

All NOW Broadband packages come with unlimited usage. And with some pretty good contract-free deals too, the new kid on the block is in pole position to take on the big boys such as Sky and BT.

The speeds NOW Broadband offers are pretty much the same download speeds you’ll see advertised by all the main broadband providers (Sky, BT, TalkTalk and so on) barring Virgin Media, which runs its own network using different technology that allows it to offer far faster speeds. So which one should you go for?

NOW Broadband has one standard broadband plan: Brilliant Broadband, which offers an average download speed of 11Mbps and is offered on a 12-month contract basis. This speed is enough for everyday tasks such as online shopping, internet banking, browsing and streaming. Downloading an album would take about 25 seconds at this speed.

Solo dwellers or couples could easily survive with an 11Mbps connection. But bear in mind the speed you receive will depend on your distance from the telephone exchange, and should you have a lot of people in your house using the internet at any one time, or you like to download videogames or stream 4K content, you're going to need something a lot faster.

If you have the need for speed you could be better off with a faster fibre broadband connection. It's perfect if you have quite one or two extra internet users in your household, but we'd say it still falls short in busy households containing gamers and avid video streamers.

NOW Broadband’s Fab Fibre package offers average download speeds of 36Mbps. With that, you can download an album in about 11 seconds. You can expect upload speeds in the region of 10Mbps.

Even faster is the Super Fibre package, with average download speeds of 63Mbps. That’s fast enough to download an album in just six seconds. Super Fibre also offers very competitive upload speeds of 19Mbps. To be honest, this is the one that will suit most households. It doesn't cost a lot more and offers more peace of mind and a little more future-proofing.

If you need to go faster still, you'll need to check if you can get Virgin Media. If you can, the sky's the limit. If you're struggling to decide which package to go for, read our guide on choosing broadband speed.

For customers with broadband issues, NOW Broadband offers step-by-step online help. If this doesn’t resolve your issues, you have three options to contact NOW Broadband. You can use live chat, send an online message or phone the call centre. NOW Broadband also has on online community of customers who can answer queries and provide advice.

NOW Broadband promises hassle-free switching and doesn’t run credit checks so you should be up and running pretty quickly.

All NOW Broadband customers get sent a Hub Two which you then install yourself. You’ll get the best speed and stability if you connect your Hub Two to your master phone socket as this is where your broadband signal is strongest. 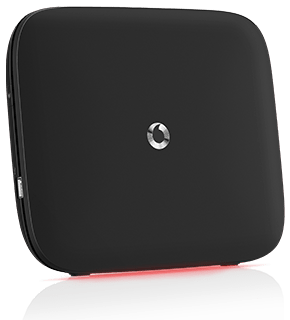 The Hub Two is very similar to the Sky Q Hub: a dual-band 802.11ac router with two 1GB LAN ports. NOW Broadband will instruct you how to set up your Hub Two. There’s also a Hub Two set-up guide on the NOW Broadband website to help you out.

To get going with NOW Broadband you’ll need to pay a set-up cost plus a postage charge for the router. Set-up costs are higher on no-contract deals. If you already have an active phone line and socket at your address, NOW Broadband can usually switch your phone line remotely.

If you don’t have a phone line at your property, or if you're switching over from a cable service, NOW Broadband will send an engineer to install a line.

Don’t be surprised to see your broadband speeds going up and down during the first 10 days. This is because engineers will be testing and tweaking your line to give you the best speeds. They'll also be making the line as stable as possible. To find out more about what to expect, read our guide on broadband installation.

NOW Broadband tends to attract new customers using discounts or added extras such as free anytime calls. From time to time it will also offer bundled deals combining broadband with a NOW TV pass. You can’t combine it with Sky TV, though. These are a sample of some of the deals NOW Broadband has on at the moment.