Zen Broadband doesn’t offer TV or some of the other fancy add-ons you can get from the likes of Virgin or Sky. But compared to some of the providers featured on here, it’s not actually that cheap. So what exactly is the deal with Zen in 2020, and why is it comparatively so expensive? Let’s take a look.

Zen offers a similar line-up of broadband packages as a lot other providers that use the Openreach broadband network (this is the UK’s biggest broadband network, used by pretty much every nationally-available provider other than Virgin Media).

It has what it calls Fast Broadband, which is ADSL broadband promising an average download speed of 10Mbps and an average upload speed of 1Mbps. This is available on either a 12-month or one-month rolling contract. Note that there is no free router offered with the one-month contract.

Zen’s basic fibre package offers average download speeds of 35Mbps and upload speeds of 6Mbps. There is also a faster fibre deal offering average speeds of 66Mbps (download) and 17Mbps (upload). There is no activation fee for either fibre package, which isn’t something you can say about every broadband provider.

Line rental is included in all of these deals, as is unlimited usage and the inclusion of a free router (for 12-month contracts) and static IP address. The provider also promises that there will be no price rises for as long as you stay with Zen.

Zen also offers two ultrafast broadband packages, which use G.Fast technology to provide faster speeds. As with Zen’s other deals, you get a free router and static IP address, but there is an activation fee involved and availability isn’t as high on these packages so you’d better check it’s available where you live before you get too excited.

Zen is expensive compared to most other providers offering broadband packages at the same speeds. The main difference with Zen is that static IP address. The thing is, you're only really going to need one of these if you're running a business from home, where a static IP allows you to run a remote office, host a server and other things modern businesses commonly do. If you don't need the static IP, there is little reason to go with Zen in our opinion.

Zen doesn’t charge for installation on its 12-month broadband packages and says that if you’re switching to Zen fibre broadband from an existing fibre service you won’t even need an engineer to visit your property – an Openreach engineer will connect your line to Zen’s fibre service at your local street cabinet.

If you are switching from another provider that uses the Openreach network (this is likely, unless you’re with Virgin Media), then you don’t need to tell your old provider that you’re leaving. Ofcom rules mean that Zen, as the gaining provider, are obliged to sort all of that out on your behalf. It’s different if you are a Virgin Media customer though – if you’re switching from Virgin you will need to let them know you’re leaving. 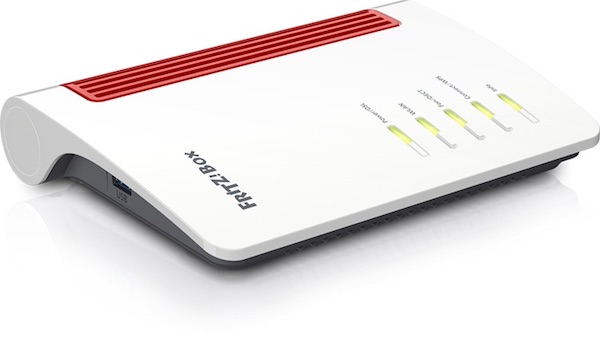 The FRITZ!Box 7530 allows you to grant people guest access so they can get online without having full access to your private network or password. It also has parental controls that let you define when each of your family’s connected devices can and can’t get online, and you can use a whitelist and blacklist to decide which websites your children can and can’t visit. It's an extremely good router.

The router is managed through a web browser and the interface is optimised for tablets and mobiles, because let’s face it, that’s how most of us get online now.

Zen says it has replaced much of the technology in its core network, making it more reliable than ever – offering better performance but also being more resilient. But remember that broadband speeds are affected by a range of different technical and environmental factors, including where you position the router in your house and how far you live from your nearest telephone exchange.

Zen doesn’t have enough customers to appear in Ofcom’s breakdown of broadband complaints, but has won awards for its UK-based customer service offering including gongs from Which?, PC Pro, The Sunday Times and the UK Customer Experience Awards.

You can call Zen’s customer service team on 01706 902000 or get in touch over email or live chat via the Zen website.

There’s a 10-day cooling off period for new customers and Zen promises automatic compensation if things go wrong. It’s available to residential and small business customers and gives you recompense if your service stops working and the fault is not fixed within two working days, if an engineer doesn’t show up for a scheduled appointment or if your service isn’t activated on the ‘go live’ date you’ve been given.

There are certainly a few features, such as the inclusion of a free static IP address with every package, that are sure to attract customers, and the router supplied is absolutely A1 quality. The lifetime guarantee of no price rises is also bound to offer reassurance, as will the UK-based customer service team.

If it’s cheap deals you’re after then you’d probably be better looking at other providers, while for the chance to add TV or a mobile contract to your broadband service, it’ll need to be one of the big boys.