Direct Save Telecom might not be a household name, but it has been a broadband provider since 1999. It offers some pretty low-cost, no-frills broadband deals, framing itself as a budget provider. DST is also one of a handful of providers that doesn’t require a credit check when you sign up to a deal – useful if you’re worried about bad credit. But you’re not really saving much if anything compared to the bigger providers, and you’re certainly getting less. So what does Direct Save have going for it?

The entry-level deal offers an average of 11Mbps, which is enough for browsing the web, sending emails and streaming. But this is a standard broadband service which may not be enough for larger households.

Our guide to broadband speed will help you work out which speed is right for your needs.

This means that speeds might vary, particularly at busy times. If there are several users and devices on the network, then it could become sluggish. If that’s a concern, then you should go for a fibre broadband package. Direct Save has two speeds and they average 35Mbps and 63Mbps.

For most households, 35Mbps should be more than sufficient – if you’re unsure, read our guide about basic fibre to make sure it’s right for you. Because it’s fibre, it doesn’t get as congested as a copper network. These speeds should handle most applications, such as streaming and online gaming. But again, it depends on how many users and devices are connected.

These ‘superfast’ fibre broadband services use Openreach’s fibre-to-the-cabinet (FTTC) network. They still use copper cables for the final few hundred metres of the connection, which means you won’t always get the headline speed promised, but it should limit your vulnerability to network congestion.

Direct Save offers another option for a select few locations. Since 2017, the company has offered up to 330Mbps packages to newbuild homes, connected via fibre-to-the-premises (FTTP) technology. Unlike FTTC, FTTP uses fibre for the entire connection, enabling ‘ultrafast’ broadband. It’s what is meant by the term ‘full fibre’.To see if it is available where you are, you can use the postcode checker on the Direct Save website.

Coverage is very limited at present, but if you are in one of the FTTP areas you can get up to 330Mbps. Read our guide to FTTC and FTTP to learn more.

Of course, these figures refer to download speeds, not uploads speeds. Upload speeds will generally be lower, but are critical for those who want to share large files, such as photos and documents.

Customers who take out a broadband service are given a free wireless router. This will be pre-configured for the Direct Save Network. Customers signing up for the standard broadband package will receive a fairly basic router that can support 16 devices, and customers signing up for a fibre package will receive the more advanced router, which has one gigabit ethernet port for a fast wired connection along with four 100Mbps ports and can support up to 32 devices.

Unfortunately, the specifications of Direct Save’s routers don’t match up to those supplied by other providers and some customers have been disappointed. 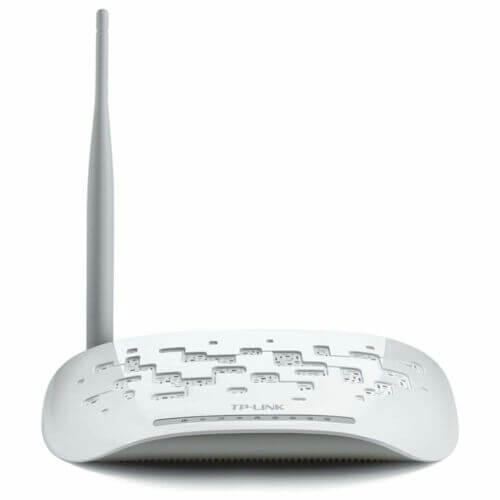 Those who take out the 330Mbps FTTP package will get a different router again that can support the ultrafast speeds and is powerful enough to provide a good wifi signal around your home.

Direct Save doesn’t charge a fee for a telephone line activation, and promises to offer a reduced rate for new line installations. It should only take up to two working days to activate an existing telephone line.

All Direct Save’s broadband packages come with PAYG calls as standard. You can choose to bolt on Evenings and Weekends calls or Anytime calls an an extra charge.

If you’re taking out a broadband package, there is no installation cost if you agree to a 12-month contract. But if you take out a no-contract agreement, there is a one-off charge to pay.

Direct Save says it takes just a few minutes to sign up and the actual time between signing up and an account being activated is between 14 and 18 days. Broadband will be activated on the same day in 70% of exchanges, while others might take 5 to 10 days.

Direct Save boasts about its UK-based customer service team. This can be reached on 01923 709709 between 8am and 8pm Monday to Friday, and 9am to 5pm at the weekend. There’s also an option to fill in a form on their website to request a call back.

Unfortunately, the company is not covered by Ofcom’s reports on telecoms complaints, so it’s difficult to compare it to other providers. But several online review services feature complaints about billing, provision and the conduct of customer service agents.

In the absence of Ofcom’s official figures, it’s difficult to treat this as conclusive. But it remains grounds for concern.

Direct Save lets you save money by paying for a year’s line rental in advance. Although it claims its monthly line rental is still cheaper than BT’s.

Direct Save was once one of only a few providers to offer broadband services without a credit check, asking customers to pay their first invoice before they go live on the service.

Unlike other providers who offer television packages or free app subscriptions, Direct Save is lacking in such extras. This is except for a free ‘Discount Club’ membership that gives you discounts with a number of retailers, hotels and utility companies. You can see a few of Direct Save’s latest deals below:

Direct Save Telecom has also partnered with a company called Open Fibre Networks Limited (OFNL). This is a private company that offers voice and high speed data connections to homes and businesses in the UK. You’ll need to use the postcode checker at OFNL first to see if you can get a OFNL connection.

If your area is served by OFNL then you can benefit from speeds of 50Mbps, 100Mbps and 360Mbps. Free activation and a free router are also included. It is also possible to get a voice (phone) connection for an additional cost.

Be aware though that this is very much only an internet connection. You won’t be able to get content from media providers such as Sky, Virgin or TalkTalk as part of your Direct Save Telecom/OFNL deal. However, you will get enough broadband speed to simply get a separate deal for your entertainment and then stream it.

If you’re looking for a low-cost service, then Direct Save Telecom may be up your street. But it lacks many of the bells and whistles associated with its rivals. On the upside there are savings to be made if you sign up for the Discount Club.

To get the best deals you will need to sign up for a long-term contract and there are hefty disconnection charges in certain circumstances. Concerns about customer service might offset the positives.

Our verdict is that unless you are desperate to minimise your bill and don’t care about frills, you may still be better off elsewhere.