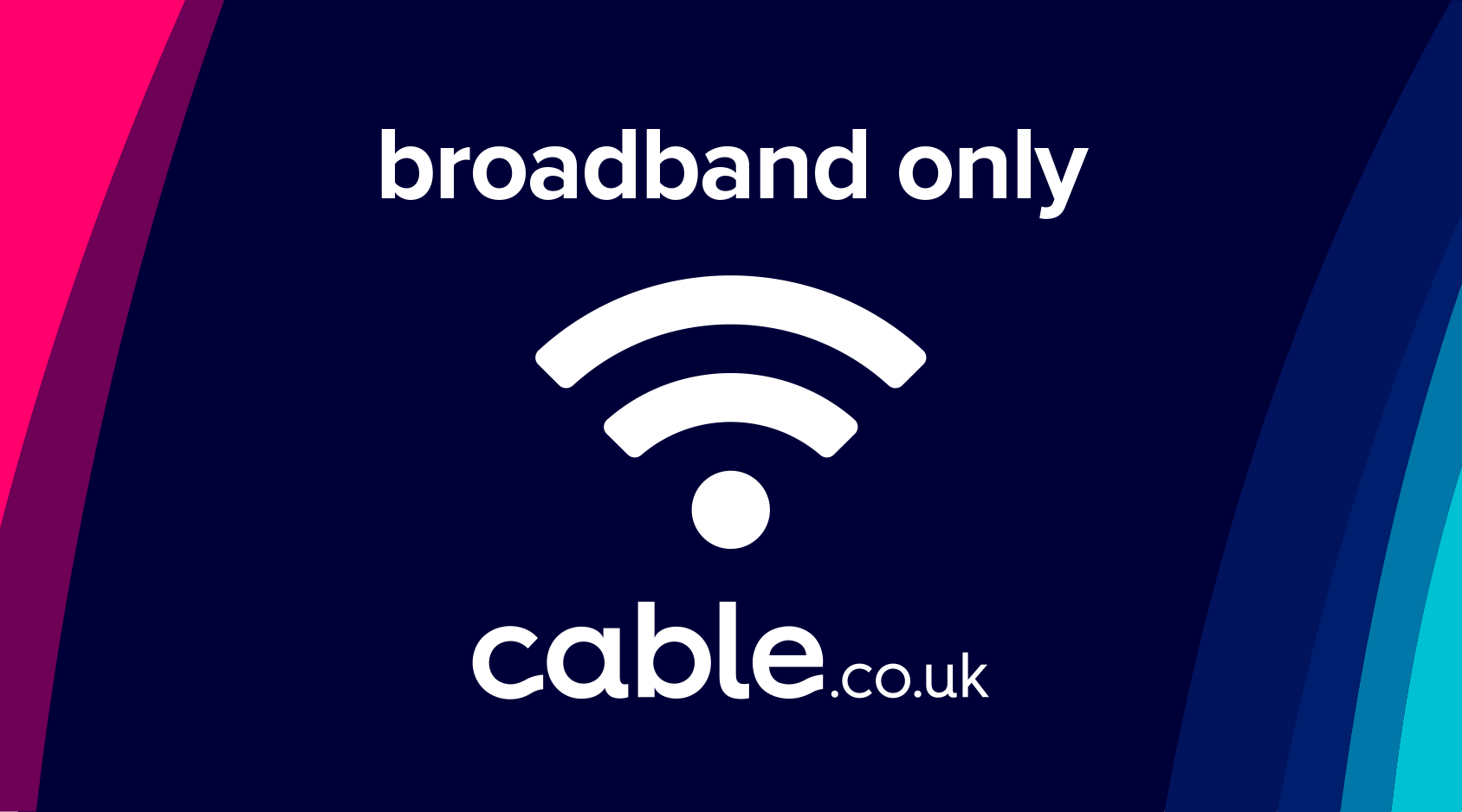 How to get the best broadband only package

Although a ‘broadband only deal’ sounds simple, providers have their own definitions of what this type of package includes and involves.

Is broadband only right for you?

A broadband only deal is perfect if you don't make calls from your landline. Broadband only is also ideal if you don't want to bundle your subscription TV (such as Sky) or pay for separate TV services with another provider (like Netflix or Amazon Prime TV).

You'll also be paying less for services that you don’t want, giving you the cheapest broadband possible. You may still have to pay line rental for your landline connection, but not having a handset or call package means that you can avoid nuisance calls.

Cable.co.uk compares broadband only packages from the leading UK providers, saving you time and money. Look out for our exclusive deals you won't find anywhere else.

Do I still need a landline if I don’t use the phone?

Generally, most types of broadband do require a landline connection to deliver an internet signal, so even if you don’t want to make calls with it, you’ll still need to have a phone line or landline installed. And that means paying line rental. This is because both 'standard' ADSL and the widely available fibre-to-the-cabinet (FTTC) broadband require a landline to deliver services to your property.

However, there are several alternatives if you really want a broadband deal that doesn’t require a landline. The latest fibre-to-the-premises (FTTP) broadband which is being rapidly rolled out across the UK doesn't need a conventional landline at all. So we're expecting more broadband only deals to become available. And, because they use their own network and no phone lines are involved, Virgin fibre broadband doesn't require a landline and so can offer true broadband only services. Finally, there are also a number of smaller cable internet providers such as Hyperoptic who can offer internet access without a landline.

Contrary to what you might think, it’s not always the case that you’ll save any money by opting for a landline-free broadband deal. And with both ADSL and most fibre optic products, the cost of line rental is included in your overall monthly bill.

Can I get fibre without a landline?

Technically, yes. A wide range of fibre broadband deals are available that don’t include phone calls. But most will still come with an actual line, even if the package doesn't include any telephone usage.

For more detailed reviews about the providers we list on Cable.co.uk, have a look at our broadband reviews to see which ISP is right for you.

Our most popular broadband only deals

Interested in what everyone else is buying? These are our most popular broadband only packages across Cable.co.uk for May 2022.

See also
Compare broadband
Broadband without a phone line
Broadband and phone deals
Broadband switching help
What broadband speed do I need?
How to switch your broadband provider
Broadband installation & activation
See all broadband guides
Why compare with us?

Cable.co.uk price checks the latest deals in the market to save you time and money.

We work hard to secure exclusive deals you won't find anywhere else.

Being independent enables us to focus on the right deal for you.

Safe and easy to use with no complicated registration forms to fill in.