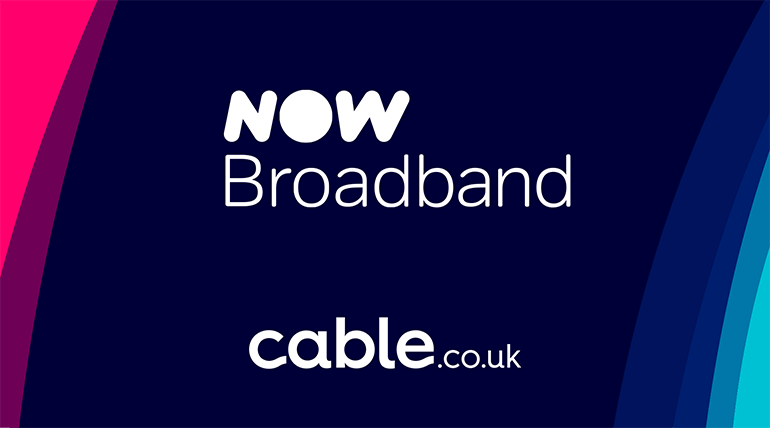 NOW TV easily lets you bundle NOW TV and NOW Broadband together. Simply purchase NOW Broadband and then add-on the NOW TV pass you require. To compare the latest deals, packages and add-on, use our comparison tool to check prices, contracts and broadband speeds.

How to get the best NOW Broadband deals

NOW Broadband is a budget internet provider with some great perks plus the backing of Sky. Is it the right broadband provider for you? Follow these steps to figure it out.

NOW Broadband is widely available across the UK, although some addresses will only be able to get standard broadband while others will be able to get fibre as well. The checker at the top of this page will tell you exactly what you can get once you put your postcode in.

2. Decide which speed is best for your household

NOW’s 11Mbps will be enough for browsing the internet, streaming TV, movies and music, watching Netflix, iPlayer or listening to Spotify, and connecting four to six devices. However, it won’t be enough for streaming multiple streams or UHD content, connecting a large number of devices or downloading large files quickly.

You can do a lot more on NOW’s fibre connection, such as streaming HD content, gaming and hosting games and connecting up to 10 devices. If you want to do more than that – such as running a home office or a games server – you should look at NOW's Broadband's top speed, averaging 63Mbps. For an average family of four with several devices, we would recommend 36Mbps.

3. Do you want a calls package?

Think carefully before adding a NOW calls package. Most people can get by on their mobile call allowance and apps like Facebook Messenger and Skype to contact people overseas.

You get a phone line with NOW whatever you do – so incoming calls are no problem. You can also just pay for calls as you go (but check the rates first). Calls packages are either for evenings and weekends, or anytime, to UK landlines and mobiles. You can add 1471 last number recall or caller display but these both cost £1 a month.

If you decide to purchase a NOW TV pass, you can watch it in numerous ways: on your PC, smart TV, iPad, smartphone or games console. If you want to watch it on your telly, you can use a NOW TV box or stick. Both of these turn your TV into a smart TV. You can register up to four devices for NOW TV, and watch on two at the same time.

NOW may have made its name selling TV passes, but how does its broadband products stack up? Let’s take a look.

Most broadband providers carry out credit checks before accepting you as a new customer – but not NOW Broadband.

To get NOW broadband, you need to set up a NOW TV account. When you do this, NOW checks your bank card is valid by taking 10p out of your account (you get this back). Once you’ve got a NOW TV account, it’s simple to add broadband.

So, that’s it: broadband without a credit check. It could be a good option for you if you’ve had credit problems in the past or simply have a slim credit file due to being young, or new to the country.

NOW Broadband’s download speeds are the same as pretty much all other providers (10Mbps standard broadband, or 36Mbps or 63Mbps fibre). It will give you an estimate of the maximum speed your line will receive when you sign up.

But NOW’s upload speeds are above average. NOW Broadband’s 11Mbps Brilliant Broadband deal uploads at 1.3Mbps, the 36Mbps Fab Fibre deal at 10Mbps, and the 63Mbps Super Fibre package at 19Mpbs. To put this in context, Virgin Media’s upload speed on its 50Mbps Fibre Broadband is just 3Mbps.

The Hub Two is a decent router

All NOW Broadband customers get sent a Hub Two. This will be delivered by Royal Mail and you can install it yourself once your broadband is up and running. There’s a Hub Two set-up guide on the NOW Broadband website to help you out.

NOW broadband is owned by Sky

NOW broadband isn’t a small broadband company we know nothing about – it’s a subsidiary of telecoms giant Sky. The two brands operate completely separately and are noticeably different. Whereas Sky looks to tie customers into lengthy contracts, NOW has the opposite approach with no-contract broadband and monthly TV passes.

It’s easy to add NOW TV passes to NOW broadband packages or vice versa. NOW TV allows you to watch Sky content without having a satellite dish installed (so 1990s – and your landlord won’t like it) or committing to a lengthy contract.

The Sky Sports pass works in a different way: you can buy a pass for a day, week or month. So if you just want to watch one crucial football match, you can just buy a day pass with no need to fork out for the whole month. Daily and weekly passes don’t need to be cancelled – they just end – but you’ll need to cancel the monthly pass.

Unlimited broadband with no traffic management

All NOW’s broadband internet products are unlimited and not subject to traffic management. This means NOW won't reduce your speed at any time, regardless of how much you upload or download.

NOW Broadband Buddy protects your kids and your computer

You can add NOW Broadband Buddy to your account by going to 'my account' and then 'parental controls'. You can then select an age rating and choose which websites can and can’t be viewed on your broadband network.

On top of that, Broadband Buddy guards your computer and other devices against malware-infected websites and sites that try to collect your private information without your knowledge.

Is NOW Broadband owned by Sky?

Yes, NOW Broadband is owned by Sky along with NOW TV. The NOW range of broadband packages are aimed at the budget and short-term end of the broadband market.

Is NOW Broadband any good?

Cable.co.uk rates it four out of five stars in our expert NOW Broadband review. It's certainly popular too – being one of Cable.co.uk's best broadband sellers.

Can you get NOW Broadband and NOW TV together?

Yes, you can combine NOW broadband and NOW TV as a package. Use our comparison to get the latest broadband deals from NOW.