How to get multi-room TV

Multi-room TV allows you to watch your favourite shows in different rooms throughout the house, all on the same TV subscription. So you can watch the morning news while you're still in bed, keep the kids entertained in their bedroom, or watch a blockbuster in the living room all at the same time.

Virgin Media, Sky and BT all offer multi-room TV in one form or another. We've taken a look at how multi-screen TV works with these providers, how much it costs, and what alternatives there are.

You can get up to two Virgin TV 360 Mini boxes with Virgin Media multiroom. These allow you to watch all the channels you have as part of your Virgin TV subscription, as well as on demand shows and apps. They are even 4K ready so you can enjoy Full HD picture quality (subject to having a 4K TV of course).

Customers get a first Mini 360 for an extra £10 per month, and a second Mini for an extra £5 per month on top. Those with the Ultimate Volt package will have one free Mini box included as part of their subscription and can choose to pay for an extra one on top.

Virgin's main TV 360 box can record six shows while you watch a seventh, should you ever want to. With 1TB of storage, you can record up to 500 hours of shows in SD or 100 hours in HD. The 360 Mini boxes do not offer recording capability, but you can watch any shows that you recorded on your main 360 box.

The Virgin Media 360 Mini boxes do require a cabled connection in order to work however. The coaxial cable that brings your Virgin signal into your home is needed for the Mini boxes as well as your main 360 box.

The ability to watch your subscription TV channels on a multi-room basis is now a standard feature of Sky's latest service, Sky Q. Sky Multiscreen provides the same Sky TV channels as your main Sky TV subscription on another box for £12 a month.

Your first Sky Q Mini box costs £20 but subsequent boxes are £99 each. You can connect up to four mini boxes, but you cannot watch TV on all of them at once. You can watch your main Sky Q box plus two Sky Q Mini boxes at the same time if you have Sky Q 2TB. If you choose the basic Sky Q box, which has 1TB of storage, you can only watch your main box and one mini at the same time. Assuming your package and TV both support HD, you can watch shows in HD on a mini box, but not ultra HD.

Sky Q Mini boxes can function wirelessly with a sufficiently good wifi signal so you can easily set them up around your house. Without a strong enough wifi signal they will need to be connected to the main box with an ethernet cable. Handily, they also work as wifi boosters and can improve the wireless signal around your home. Like Sky Q boxes, Sky Q Mini boxes remain the property of Sky and are loaned to you – you'll need to give them back if you leave Sky.

BT's multi-room option is called Extra Box. Unlike Sky and Virgin Media, BT customers are limited to only adding one extra box. Customers need to take out an Extra Box subscription for £5 a month and will be provided with a second YouView box. The second box will come with the same channel subscriptions as the first, plus seven-day catch-up TV, pause, record and rewind.

BT states that Extra Box customers need to have a broadband speed greater than 23Mbps – which means you'll need to be signed up to BT Fibre (previously BT Infinity). You’ll need a wired internet connection and an aerial connection for your second YouViewbox. This is because the Freeview channels are transmitted via and aerial, but the premium channels, including Sky Atlantic, are transmitted via your internet connection. BT can help if you need an aerial or additional connection points.

Other ways to get multi-room TV

If you tend to watch a lot of subscription TV streaming services, such as Netflix, NOW TV and Amazon Prime Video, rather than live channels on Freeview, then you probably don’t need to sign up to a multiscreen service at all. All these apps can be watched on almost any screen, from a large TV to a smartphone.

However, if you specifically want to watch them on a TV screen in more than one room, then the easy answer is to turn your second TV into a smart TV by investing in some streaming tech such as the Roku or the Amazon Fire Stick. Simply plug it in and watch your favourite shows. If you already have a smart TV, then you’re sorted. You just need to open the relevant app and log in.

Watching Netflix in more than one room

A Basic Netflix subscription only allows you to watch shows on one device at a time, but its Standard membership option allows you to stream shows to two different devices at the same time. The Premium option lets you watch on up to four screens simultaneously. 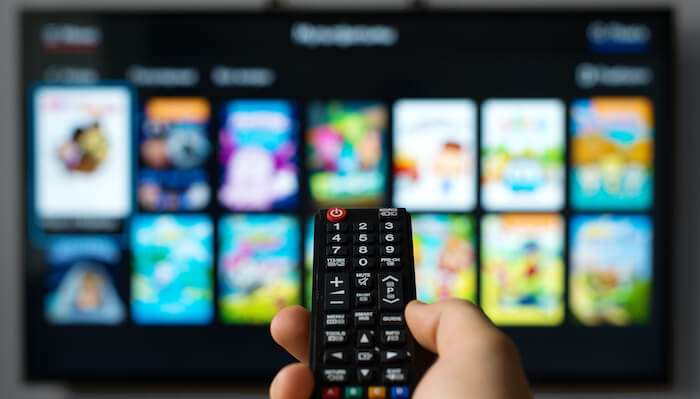 Watching Amazon Prime Video in more than one room

If you've got Amazon Prime Video, you can stream up to three different videos at the same time using the same Amazon account. However, the same video can only be streamed to two devices at a time.

Watching NOW TV in more than one room

With NOW TV, you can register up to six devices on your account but you can only watch TV on two at the same time. However, with the option of NOW Boost for an extra three pounds a month, you can watch on three devices at once.

Will multi-screen TV stop arguments over the remote?

Possibly. The idea of multi-screen TV is that it stops family or housemates squabbling over what to watch. But although multi-room TV means you can access the content from your TV subscription on a TV in a different room, you might still be arguing over the most comfortable seats in the house – who wants to be banished to the bedroom to watch TV when the sofa's so nice?

Do I really need multi-room TV?

It depends on your household and viewing habits. With Virgin Media, Sky and BT it will add an extra cost to your bill. Some people will find that the apps provided by these providers (Virgin TV Go, Sky Go and BT TV), which let you watch TV channels on tablets and mobiles, will be sufficient. Or, as we said, there's always the option to watch Netflix, Amazon and NOW TV via a Roku or streaming stick of some sort on your second TV.

Alternatively, if you just watch the free-to-air TV channels, you could just get a cheap Freeview box to go with a second TV in another room.

How can I reduce the cost of multi-screen TV?

The TV market is very competitive so it's worth keeping an eye out for special offers – both for new and existing customers. Once you're out of contract with your provider it risks losing you – so try haggling for a new deal and see if you can get multi-screen thrown in for free – or a cheaper price. Alternatively, ditch the idea of paying for an extra box and use TV apps instead.

Will my second box be the same as my main box?

It depends on which provider you're with and, with some providers, which box you choose as your second box. Different set-top boxes have different functions and storage capacities, so it's important to understand what you're signing up for. In the case of Virgin Media and Sky, you will be provided with mini versions of your main box. BT provides a second full size YouView box.