Sky Sports is the leading sports TV subscription service in the UK. Launched 30 years ago, it has evolved and changed over the years and now shows a vast amount of sport that you cannot see anywhere else, including the exclusive rights to a huge range of top sporting events around the world, from football to darts. 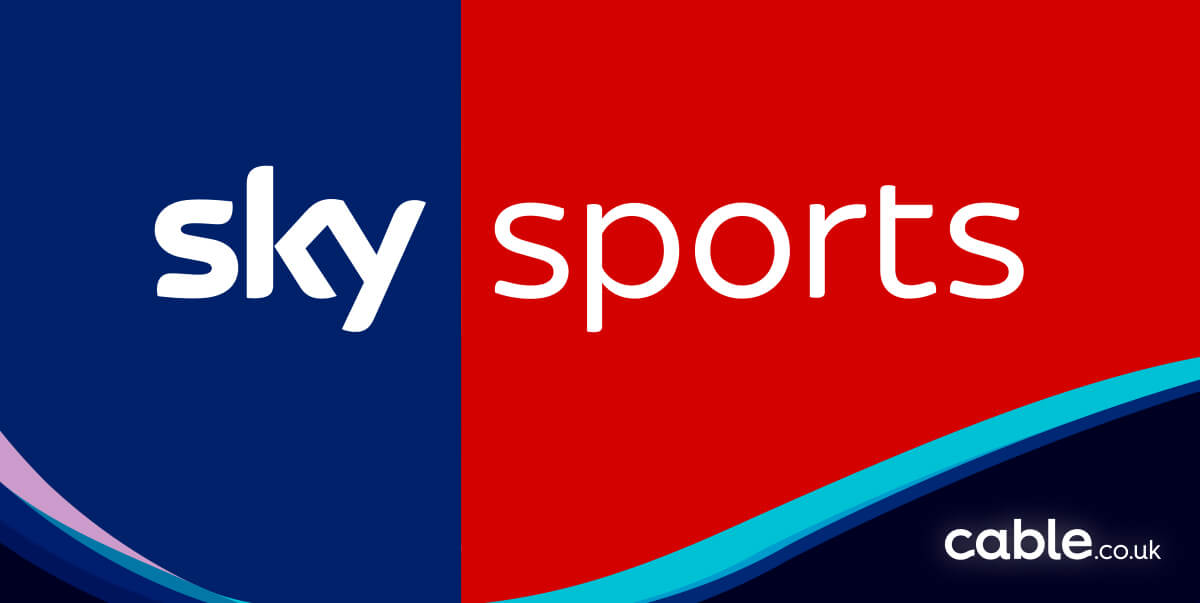 In particular, it is the must-have subscription for football fans wanting access to Premier League matches. Sky’s dedicated channel shows over 100 live matches each season. As well as football, Sky Sports is also essential for Formula 1 fans, with its specialist channel showing all the races of the season. In addition, there is plenty for fans of golf, cricket, horse racing, rugby and American football too, all handily organised into dedicated channels.

Sky Sports is, unsurprisingly, not cheap, but you do get a lot for your money. It is available via a Sky TV package, as a NOW TV membership, or as a bolt-on with various other TV providers, including Virgin Media and BT TV. In this guide, we take a detailed look at everything that’s included in Sky Sports, along with the best – and most affordable – ways to get it.

Sky Sports is a paid-for TV package comprising 11 channels devoted purely to sport; from football and cricket to Formula 1 and horse racing. It is available on a long contract as part of a TV subscription bundle, or as a monthly add-on that you can cancel when you wish.

Sky Sports is available as part of a Sky TV subscription, and also with a number of other TV providers, including BT and Virgin Media. You can also watch it via NOW TV – Sky’s little sibling streaming service – on a monthly or daily subscription.

As well as watching Sky Sports directly on your TV, you can watch it via the Sky Sports app or the Sky Go app on a mobile phone, tablet, laptop or games console. If you want to watch on a Mac or a PC, you will need to download the Sky Sports desktop video player.

If you choose to buy a NOW TV Sports Membership, you can watch it on any device that supports the NOW TV app, from a smart TV to a mobile phone – plus there is the added bonus that there is no requirement for a Sky satellite dish to be bolted onto your property.

As mentioned, Sky Sports offers coverage of a vast range of live sports, but also offers documentaries, features, news and interviews as well as replays of previous events. But the question is, can you watch the sport that you are interested in? To help you decide, we’ve summarised what’s on offer on all the channels.

This channel shows the biggest and best live events covered by Sky at any one time, whether that is a huge Premier League game, the opening day of an England Test Cricket match or a Formula 1 Grand Prix race. It is the go-to channel for the best live action sport of any variety.

Obviously the name of this channel speaks for itself. Showing around 100 live matches in the top-flight UK teams, Sky Sports Premier League is the place to watch the best of UK football. Along with the matches, it also shows specials and features about highlights of the Premier League from previous years.

Showing the best of the rest, from the Carabao Cup to the English Football League and Scottish Professional Football League, along with features on football greats and classic Cup Finals from past years, Sky Sports Football offers everything football, 24 hours a day.

Home of the Ashes, the ICC T20 World Cup, the Indian Premier League as well as County and International Cricket matches, Sky Sports Cricket also offers features and discussion including shows such as Cricket Talk with Sachin Tendulkar, along with documentaries on all aspects of the game and its players both past and present.

Golf lovers are well catered for with Sky Sports Golf, with comprehensive coverage of the European Tour, the PGA Tour, the Masters, the US Open, the Open, the PGA Championships, the Ryder Cup and the Solheim Cup. It also includes historic highlights and features on big-name players.

For fans of Formula 1, there is simply no other option than Sky Sports F1. With coverage of every single Grand Prix, as well as every practice race and qualifier, it is the must-have channel for lovers of top-end motor racing. Out-of-season, there are highlights from previous seasons, as well as interviews and documentaries on racing superstars such as Lewis Hamilton and Kimi Räikkönen.

Sky Sports isn’t just about the best of UK sport. This dedicated channel is devoted to the National Football League, home of the best of American football. Catch the most exciting games between the 32 teams during the season from September to January, followed by the playoffs and ultimately the final – the Super Bowl, played on the first Sunday in February.

Live coverage of all UK horse racing from 25 racecourses across the country, from Chepstow to Lingfield Park, as well as international racing coverage from the US, Australia and elsewhere, alongside news and reviews of the previous week’s racing.

Much like what is says on the tin, Sky Sports Mix shows an array of sport, from live NBA and BBL matches to documentaries and features on football greats, as well as fitness programmes such as Fighting Fit and Fit in 5.

Sky Sports News brings 24-hour coverage of all the latest news in the sports world, with daily discussion and analysis on football transfers.

Ways to get Sky Sports

Sky Sports is not exclusive to Sky TV customers – it is also available with many other subscription TV services as either a bolt-on or as part of a package.

To get Sky Sports with Sky, you can choose to have it in a bundle with Sky TV, or add it on as an extra. It is cheaper to take it in a bundle, and either way it comes on an 18-month contract. By signing up to Sky, you will also get free access to the Sky Sports app as well as Sky Go, meaning you can watch your favourite sports when you are away from home.

BT offers customers its Big Sport bundle, which comes both with BT Sport and a NOW TV Sports membership, giving you the full monty of sport TV in one package. Alternatively, you can choose to bolt on NOW TV Sport to your basic BT TV package. This works out more expensive, but as it is on a rolling monthly contract, you can choose to cancel at any point.

As with BT, you can choose a pre-built Virgin Media bundle, such as the Bigger Bundle + Sports, which comes with both Sky Sports and BT Sports, or you can just add Sky Sports to your chosen bundle. Again, this is the most expensive way of doing it. Either way, you are tied to an 18-month contract. It’s also worth noting that to get Sky Sports in HD with Virgin Media will cost you an extra £7 per month, unless you pay top whack for the Ultimate Volt bundle, which comes with HD as standard.

NOW TV is the obvious alternative to getting Sky Sports with Sky TV. NOW TV offers Sky Sports on both a monthly or a daily subscription. Both options work out expensive, but on the upside, you aren’t tied into a long contract. Just be aware that NOW TV month memberships roll on automatically unless you cancel. Day memberships do not roll on.

You can watch a NOW TV subscription via the NOW TV app on a Smart TV, on a games console, via a streaming stick (such as Roku), via the web or even on your phone or tablet. If you want to watch Sky Sports in HD, you will need to pay extra for the NOW TV Boost, which allows you to watch in HD and increases the number of devices you can watch on at once from one to three.

What’s the cheapest way to get Sky Sports?

Sky Sports is not cheap, regardless of how you get it, but it does offer good value for money. The cheapest way to get it is with a one day NOW TV membership for a tenner. This is ideal if you just want to watch the odd event, but will get extremely expensive if you want to watch regularly. The one day membership gives you access to all 11 Sky Sports channels. It also includes a one-month mobile membership that gives you access to just five channels, including Premier League.

If you are looking for a monthly membership, the cheapest way to get Sky Sports is with Sky TV, where it costs around £20 a month on a rolling monthly contract. This works out as the most affordable option if you are likely to be watching Sky Sports regularly. Sky puts all its customers on an 18-month contract, so make sure you’re happy to be tied in.

If you don’t fancy forking out for a Sky Sports subscription, there are other ways to watch sporting action on your TV. The main one of which is BT Sport, which, unlike Sky, has exclusive rights to the UEFA Champions League. If you want to make sure you have access to all the top-flight sport, you will have to sign up for both BT Sport and Sky Sport.

For football fans, BT Sport is a great option as it has exclusive coverage of the UEFA Champions League, the Emirates FA Cup, the UEFA Europa League, and also 52 Premier League matches that are not shown on Sky Sports. It is also the go-to place for Rugby Union fans, showing Premiership Rugby along with the European Champions Cup and the European Challenge Cup.

BT Sport is also home to BoxNation and Ultimate Fighting Championship, with special matches available at an extra price via BT Sport Office.

BT Sport is available as part of a BT TV subscription, as an add-on to Sky TV, Virgin Media TV, TalkTalk TV, or as a monthly pass via the BT Sport app.

NOW TV is Sky’s little sibling – offering the best of Sky but without the lengthy commitment. You can get access to all Sky Sports channels on a rolling monthly contract or a one-day membership should you want to watch a specific event. As a bonus, this option also gives you access to five Sky Sports channels (including Premier League) on your mobile for a month.

Freesports is the new sports specialist channel from Freeview – available without any subscription fee. It shows thousands of highlights from sporting events in the UK and around the world, including football, rugby league, hockey, tennis, motorsports, showjumping and more. It is accessible on channel 64 on Freeview.

How much does Sky Sports cost?

Sky Sports starts at around the £20 mark if purchased with Sky TV. If you buy it through NOW TV, it is considerably more expensive, costing around £30 plus on a rolling monthly contract, or even more if you want it in HD.

Can I get Sky Sports without a contract?

Yes, you can buy either the Sports Day or Sports Month membership with NOW TV, both if which come without a contract.

Can I watch Sky Sports on my mobile phone?

Yes. If you sign up for Sky Sports with Sky or with another provider such as Virgin Media, you can watch it on your smartphone via the Sky Sports app.

Is Sky Sports shown in HD?