Amazon Prime Video has been available in the UK since 2014, but doesn’t enjoy the same place in popular culture as Netflix and nor does it catch the eye with movie premieres in quite the same way as Sky Cinema (and therefore NOW TV) manages. So how does Amazon Prime Video compare and, quite frankly, is it any good?

Amazon Prime Video is a streaming service and so for most subscribers, it’s all about on demand content such as American Gods, The Grand Tour, The Marvelous Mrs Maisel and Good Omens. Amazon’s content offering is dominated by its original movies and series, which are complemented by a number of other new film releases, box sets, documentaries and kids programmes.

Unlike Netflix or NOW TV, Amazon Prime Video also allows you to add subscriptions to a wide range of channels, which contain a mix of on demand content and traditional ‘live’ channels. Some channels are included in your Prime subscription, others come with a monthly fee which is added to your bill.

Amazon itself is showing an increasing amount of live sport including Premier League football and the ATP tennis tour, and it has a number of sports documentaries including its All or Nothing series. You can also add Eurosport Player to your subscription as well as a number of more specialist channels including La Liga TV, Motortrend, TheSurfNetwork, Echoboom Sports, The Nautical Channel and Horse and Country.

If you’re looking for help getting fit, channels to choose from include Acacia TV, BeFit, and DailyBurn, all of which feature an array of yoga classes, pilates, Qi Gong and cardio exercises to keep you fighting fit.

Amazon acquires a decent number of new films, although it can’t quite compete with Sky Cinema in this respect. It supplements this with a selection of older movies and with its Prime originals.

There’s plenty of documentary channels catering for all sorts of interests on Amazon, including PBS America On Demand, History Play, CuriosityStream, Discovery Channel, All Warrior Network, Doccom TV, The Great Courses and Docsville.

There’s a selection of music channels available, among them Stingray Classica, Qello Concerts and Stingray Djazz.

There are other ways to watch Amazon Prime Video, including via a YouView box if you’re a BT TV customer, on a Roku Stick or by downloading the Prime Video app on your mobile phone or tablet. But let’s take a look at Amazon’s own hardware. 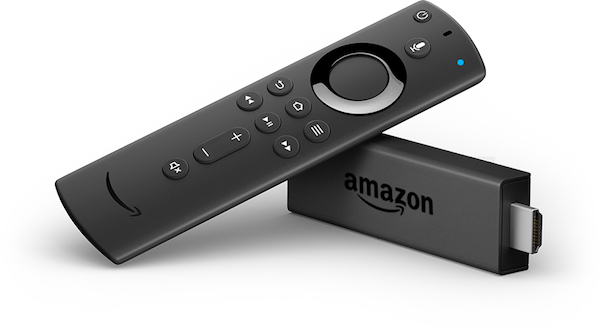 Amazon’s premium tech for streaming is the Fire TV Cube. This stylish little black box has the Prime Video app pre-installed along with access to a host of other apps including iPlayer, Netflix, Disney+ and YouTube. Amazon states that NOW TV will be available on the Fire TV Cube at some point in 2021. The Fire TV Cube also offers voice control with Alexa and Dolby Atmos Audio. It is 4K Ultra HD ready and comes with 16GB of storage – double that of the Fire Stick.

The Fire TV Stick comes pre-installed with the Prime Video app but also lets you watch all the usual apps: Netflix, BBC iPlayer, ITV Hub, YouTube, All 4, Hayu, Disney+ and more. The device plugs into the HDMI socket on your TV and also needs to be plugged into a mains socket. The standard Fire TV Stick gives you HD (1080p) picture quality and Dolby Audio.

The addition of the Alexa Voice Remote allows you to press a button and ask to find your favourite movies, TV episodes and more. The Fire TV Stick also has a power button and volume controls – all features missing from the otherwise similar Roku Streaming Stick.

You will need a broadband connection in order to use the Amazon Fire TV Stick, which connects wirelessly to your wifi network.

As the name suggests, this is a 4K version of the Fire TV Stick. It's a bit bigger than the standard version at 108mm in length compared to 85.9mm, but plugs into your TV's HDMI socket just the same. And it costs about a tenner more.

The most obvious difference between the two devices is that the 4K stick allows you to stream in Ultra HD, with High Dynamic Range and Dolby Vision. It also supports Dolby Atmos sound (on selected titles) and has a bigger processor than the standard Fire TV Stick – a Quad-core 1.7 GHz processor to be exact compared to a Quad-core 1.3 GHz – but the same 8GB memory.

As well as the channels that can be added on to a standard Amazon Prime Video subscription, there are also thousands of movies and TV shows that you can buy or rent. It’s a quirk of the Prime Video interface that you are shown movies only available to rent or buy alongside those included in your Prime subscription, although you can filter these out if you wish.

Amazon doesn’t offer a broadband service, although there has been talk of the company becoming an internet service provider at some point in the future. You will need internet access to watch Amazon Prime Video, because it’s delivered over the internet, and you can find our best broadband deals here.

There are choices to make when you sign up for Amazon Prime Video. First, you can choose whether to go for the full Amazon Prime subscription, which includes music streaming, free next-day delivery on thousands of items and more, or to save a couple of quid a month by going for a Prime Video subscription, which doesn’t include those extra benefits.

There’s a 30-day free trial, after which you either pay a monthly fee or pay upfront for the year, which works out cheaper over 12 months but obviously ties you in to a contract. It’s up to you to decide if you’d rather save money or keep the flexibility of being able to leave whenever you want.

If you consider that an Amazon Prime subscription will cost you about the same each month as Netflix or NOW TV, but comes with so many additional benefits, then it very quickly begins to look like incredible value for money. As always with these things, it depends how often you use the various Prime services, but there’s surely something for everybody here.

The downsides we’ve picked out are nitpicky really, because Amazon’s Fire Stick isn’t designed to compete with the likes of the Sky Q or Virgin Media’s 360 box. It can be a genuine alternative if you’re not bothered too much about live TV, although this is available through apps like iPlayer and ITV Hub, or it can be a useful addition to your TV watching experience overall.