TalkTalk is one of the UK’s biggest broadband providers, offering a budget-friendly alternative to the likes of Sky, BT and Virgin Media. TalkTalk also has a TV offering which offers a good range of free-to-air channels backed up by access to most of the big streaming services. 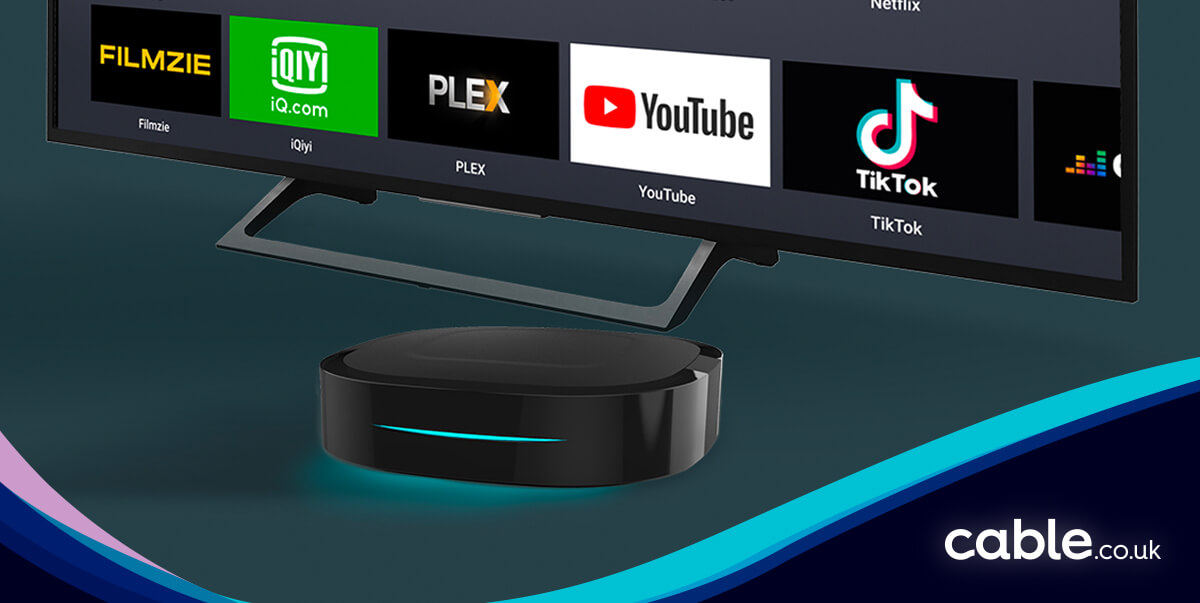 TalkTalk customers get the choice of two YouView boxes – one that allows you to record live TV and one that doesn’t. In this guide we’ll focus on the channels included in a TalkTalk TV package and the options available to TalkTalk TV customers if you want to increase your viewing choices.

Built on a YouView platform, TalkTalk TV is based around the Freeview channels. There are more than 70 channels included as standard alongside 15 HD channels and 30 radio stations. Let’s quickly run through what channels there are.

The radio stations available via TalkTalk TV will vary depending on where you live, but will most likely include the BBC radio stations 1, 2, 3, 4, 6 Music, Asian Network and World Service. Other stations include Hits Radio, Kiss, Magic, Great Hits Radio, Kerrang!, Smooth Radio, talkSPORT, Absolute Radio, Capital FM, Heart, Classic FM and LBC.

TalkTalk used to offer a selection of TV Boosts, which allowed you to add various collections of channels to your package, each for an additional monthly fee. TalkTalk stopped offering TV boosts in November 2020. If you already have a TV Boost you’ll be fine to continue using it, but if you change your package the Boost will be removed.

What TalkTalk now recommends to anyone wishing to add extra channels is to get a NOW TV membership. As that’s now the only way to add premium channels to TalkTalk TV, we’ll quickly take you through the different NOW TV memberships that are available and what is included in each one. Each membership costs a set monthly fee and renews automatically, but can be cancelled at any time.

If you’re thinking about adding the likes of Sky One and Sky Atlantic to your package, the NOW Entertainment Membership is the one for you. NOW TV memberships include on demand content as well as live channels so having access to Sky One and Sky Atlantic means you can watch old favourites such as Game of Thrones and the latest box sets like Boardwalk Empire and Chernobyl.

TalkTalk TV already features the likes of Film4, Great! TV and the Horror Channel, but the Sky Cinema Membership is the one for you if you’re on the lookout for premium movie channels. The Sky Cinema channels Premiere, Hits, Greats, Disney, Action, Family, Comedy, Romance, Thriller, Sci-Fi and Horror are all included, so there’s something to suit everyone. Temporary channels are also added throughout the year, such as Sky Cinema Christmas during the festive season.

As well as being able to watch the live Sky Cinema channels, this membership also lets you stream hundreds of movies whenever you like.

Looking for something to keep the kids entertained? The NOW TV Kids Membership features six channels that aren’t on Freeview – Boomerang, Cartoonito, Cartoon Network, Nickelodeon, Nick Jr and NickToons – and thousands of episodes available on demand.

The hayu membership gives you access not to any live channels but to thousands upon thousands of US reality TV shows. If shows like Keeping Up With The Kardashians are your thing, a hayu membership may be the addition to TalkTalk TV that you need.

Now TalkTalk has dispensed with its TV Boosts, it relies on streaming services to give its customers more viewing options than the standard Freeview channels. We’ve covered NOW TV as that’s the way to get premium live channels added to your package, but there are plenty of other apps available to watch through a TalkTalk TV box.

Not anymore. TalkTalk stopped offering TV Boosts in November 2020. Instead, it recommends adding a NOW TV Membership to add premium channels to the standard Freeview selection.

Can I watch BT Sport on TalkTalk TV?

Yes, you can watch four channels – BT Sport 1, BT Sport 2, BT Sport 3 and BT Sport ESPN – on TalkTalk TV with a BT Sport subscription. It’s only available in SD and it’s not a cheap way of doing it but BT Sport is the only way to watch Champions League and Europa League football.

Can I watch Sky Sports on TalkTalk TV?

Is TalkTalk TV any good?

TalkTalk’s TV and broadband bundles tend not to cost much more than its broadband packages, so it’s a very cost effective way of getting a decent set top box on which you can watch Freeview channels. If you want more channels, you’ll need to subscribe to a streaming service or two.

Can you watch Disney Plus on TalkTalk TV?

No, at the moment you cannot watch Disney Plus on TalkTalk TV. If you’re a TalkTalk TV customer and want to watch shows such as The Mandalorian and WandVision, you’ll need to subscribe separately and watch on a device like a tablet, laptop or phone. Or get yourself a streaming stick and plug it into your TV. More on that in our smart TV guide.