Should the Internet be a human right? Here's what we think

Should the Internet be a human right? This question gets asked often, especially since in 2011 the United Nations Human Rights Council hinted at it. Even Tim Berners-Lee, the father of the world wide web, advocated in favour of such a thing in June of 2020. But, what does that mean? And, first and foremost, what are Human Rights?

What are human rights?

According to the United Nations, ‘human rights are rights inherent to all human beings, regardless of race, sex, nationality, ethnicity, language, religion or any other status.’ The UN has declared that, among many more, ‘the right to life and liberty, freedom from slavery and torture, freedom of opinion and expression, the right to work and education’ are all human rights. And that everyone is entitled to them, without discrimination.

Human Rights are compiled in the Universal Declaration of Human Rights, a document that was agreed by the UN General Assembly in Paris on 10 December 1948 and that is universally accepted. These rights are protected by the International Human Rights Law. 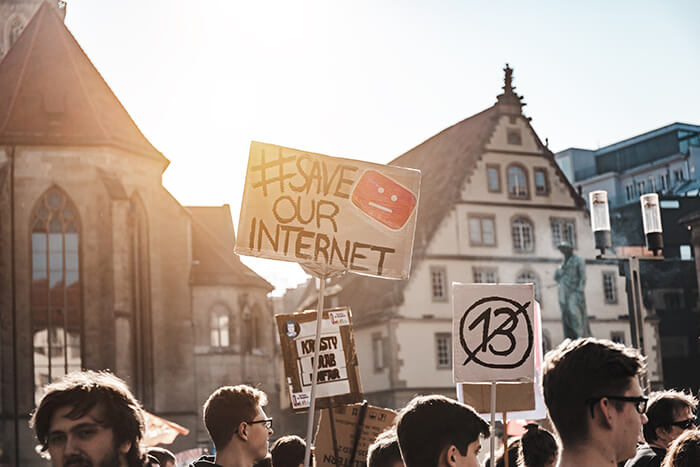 Is the Internet a human right?

The simple answer to that question is no. At least it’s not been officially declared one. However, in a survey by the Internet Society from 2012, 83% of the participants somewhat or strongly agreed that access to the Internet should be a basic human right.

And in May 2011 the United Nations Special Rapporteur, Frank La Rue, made some recommendations to promote and protect the right to freedom of expression online. There he mentioned the need to secure access to the Internet for all.

The document explains that the Internet, unlike any other medium, enables everybody to ‘seek, receive and impart information and ideas of all kinds instantaneously and inexpensively across national borders’. And since the right of freedom and expression contributes to other human rights, universal access to the Internet should be guaranteed, maintained and promoted. The UN has not declared the Internet a Human Right by itself but in Summer of 2016, their Human Rights Council released a non-binding resolution that condemned the intentional disruption of internet access by governments.

Why should the Internet be a human right?

But, going to the main topic of this blog, should the Internet be a human right? Well, that depends on who you ask because experts seem to be divided.

In one corner, the inventor of the world wide web, Sir Tim Berners-Lee, advocating for the Internet to be a universal right. In the other, Vint Cerf – often dubbed the ‘father of the Internet’ – who critiques that idea.

Berners-Lee claimed recently on an article on The Guardian that the digital divide is holding back almost half of the planet when it most needs the web – he was referring to lockdown -. ‘The web has been a critical unifying force, enabling work, school, social activity and mutual support. Always intended as a platform for creativity and collaboration at a distance, it is great to see it being used more than ever for compassion at a distance too’, he says.

Because getting by without the web will only get harder, Sir Tim Berners-Lee is advocating for trying to close the digital divide. A firm believer in the fact that ‘the web can and must be for everyone’ if we want everybody to have equal chances, he believes that this is the right time to make it a Human Right. Berners-Lee is certainly working to make that happen through his World Wide Web Foundation.

Vint Cerf, however, differs. The American ‘father of the Internet’ claims that Internet access cannot be a right itself. Quoting him, ‘Technology is an enabler of rights, not a right itself’. Although he does acknowledge that access to the Internet should be a civil right, given the important role that it plays in civic participation.

Human Right or Civil Right, what’s clear is that universal access to the Internet should improve and be guaranteed. In the age of ‘mass information’ and ‘fake news’, this tool is more important than ever. It brings us together, it allows us to connect no matter the distance, it makes working from home possible and it enables us to perform day to day tasks with a few clicks. And, at the same time, it’s vital for learning and sharing.

Millions of people still have no or very poor access to the Internet, and that puts them in a disadvantaged position. How about we try to close the gap and advocate for the Internet widely available – and affordable – for everybody. It doesn’t matter whether you think it’s a Human or Civil Right. What do you think?

Leave a comment or send us a message and let us know what’s your take on this matter.

Our newsletter is packed full of tips and advice, the latest offers and exclusive deals you won't find anywhere else.