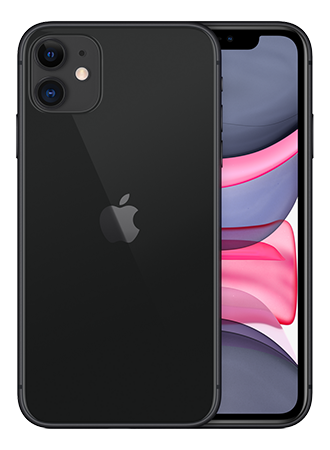 Each time Apple launches another numbered update to its smartphone brand, the questions are always the same: What does it do that's new? And is it worth upgrading? At the time of writing, the latest iPhone model is the iPhone 13, however many mobile providers and Apple itself still sell the iPhone 11, albeit only the standard model is available to buy new. Other versions of the iPhone 11 such as the Pro and Max are available refurbished.

An iPhone 11 will cost quite a bit less than an iPhone 12 or 13 – this page aims to break down in simple terms what makes the iPhone 11 and iPhone 11 Pro special, so you can decide if it is a contender against its later counterparts.

With iPhone 11 and its better-specced sister phone the iPhone 11 Pro, we would say 80% of the focus (excuse the pun) is on photography. And while the cameras on the iPhone 11 are indeed excellent, there are better camera features on the later iPhone 12 and 13. That said, we also understand and respect the fact that cameras alone may not be enough to tempt many.

Here's what's touted on the iPhone 11, with the additional features of the iPhone 11 Pro outlined directly after.

Most high-end phones have at least two cameras, with many sporting four. These iPhone 11 cameras are allegedly superior to their predecessors, mainly due to improved software over previous versions.

When you take a photo, your iPhone 11 will take it with both cameras, meaning you can zoom out of a photo you've already taken, as well as zoom in. You can also use the ultra-wide camera instead of taking steps backwards to incorporate more of the scene in front of you. Very handy for cliff-edge huddles.

The iPhone 11 beat its contemporaries when taking photos in low light. This was a significant upgrade over not just the iPhone X, but also any other competing phone. Later phones such as the Samsung Galaxy S22 and the iPhone 13 Pro have made significant improvements to their low light photography in the years since the iPhone 11 was released.

4K resolution (3840x2160 pixels) can make a difference if you are shooting your own movies or online content on your phone. Beyond that, it's more resolution than you probably need for things like social media. In most cases you wouldn’t currently go beyond 1080p HD for things like YouTube videos. It is a “nice to have” feature, rather than a necessity.

Again, HDR is a bit of a gimmick when it comes to phones. HDR, or high dynamic range, refers to the difference between the brightest whites and the blackest blacks in an image. With HDR that difference is greater than SDR (standard dynamic range). Here, Apple is applying the principles of HDR to give your portrait photos more 'pop' (more contrast), but without 'blowing out' the highlights.

You can now take selfies that offer a short, slow-motion clip instead of a static picture – Apple is calling these 'slowfies'. Very useful for… erm. Nope, you got us.

You get a choice of six colours for your handset. Black, white, purple, yellow, red and what Apple calls 'green' but which is in fact more an aquamarine/turquoise in our opinion.

You'll get an extra hour or so of battery life in a single charge with the iPhone 11, compared to the iPhone X. However, this is not down to a better battery, but rather down to more efficient chips meaning lower power consumption. Later models have taken that further, offering battery life up to 48 hours.

Apple promotes a 'fast-charge' capability, but doesn't go into any detail. Probably the same as last year's models, to be fair.

When it was released, Apple called this the fastest processor in any phone in the world, and they weren’t wrong. It is absolutely stellar, allowing for operation that's immediate, responsive and smooth. Of course, a couple of years on, there are newer, faster chips out there.

While it is not a selling point in these modern 5G times. It seems important to mention that the iPhone 11 is 4G only, and does not support 5G. At the moment 5G is mainly available in larger towns and cities in the UK, but over the coming years that will improve. So if you live somewhere without 5G or simply don’t have a use for the extra bandwidth, the iPhone 11 could be a decent choice for the next couple of years as you will save a lot of money and still have the same connection you would get on a more recent iPhone.

How to get a good deal on an iPhone 11

As with any new handset deal, there are a few things you should be looking out for and thinking about. We're going to explain these aspects here to add clarity. Once you have a firm idea of what you're looking at, you can use this information to help you sort through the iPhone 11 deals on this page.

As is the case with any widely available handset, UK mobile providers attempt to distinguish themselves from their competitors in the way they offer the phone. Perhaps they attempt to offer the lowest monthly price, perhaps the best free gift, most cashback, or lowest deposit. Here we take a look at what each provider is going for in respect of the iPhone 11. We’ve noticed that very few providers still have the 128GB model in stock, so you may have to shop around if you want more than 64GB of storage.

Even though the iPhone 11 is cheaper than it once was, it is still a fair chunk of cash. But if you have the money, buying your handset upfront is actually the cheapest way to get your new phone. Because although it may mean a large initial outlay, handset contract agreements are simply consumer loans, and on a lot of those loans you will be paying interest. Some not, obviously. If you pay attention to such things you will find iPhone 11 contracts with interest free credit, but they are generally shorter in length.

It's worth reiterating while we're here, then, that since mobile phone contracts are consumer loans in essence, credit checks are both obligatory and strict in all cases.

At the time of writing (February 2022), you can only buy a new iPhone 11. The iPhone 11 Pro and other variants cannot be bought new anymore. This is most likely to avoid competing with later Apple phones since an iPhone 11 Pro might compete favourably with a standard iPhone 12. Most of the Mobile providers offer refurbished phones alongside their range of new handsets.

Refurbished phones are in every way that matters as good as new phones. A good choice for those with a nose for a bargain.

What phones are similar to the iPhone 11?

The iPhone 11 and iPhone 11 Pro are of course by no means the only game in town. Alternatives on Apple's own operating system, iOS, are of course somewhat limited. However, there are a number of Android phones that, if not in some ways a 'match' for Apple's latest handsets, can certainly keep pace. Whether an Android-based phone is a feasible alternative for you will of course depend on how locked-in you are to the Apple ecosystem, though there is little that cannot be transferred over to Android if you have the time and patience to do it.

What SIM card do you need for an iPhone 11 and iPhone 11 Pro?

Any SIM card supplied to you by a UK mobile provider will contain the nanoSIM you will need to use in an iPhone 11 or iPhone 11 Pro. Sometimes these arrive as multiSIMs, where you will have to press the smaller SIM out from the larger microSIM it is embedded in. Essentially, you don't need to worry about getting the right SIM. It will always be right.

Does the iPhone 11 and iPhone 11 Pro have a headphone jack?

No. And for a while it was one of the biggest bugbears users had with Apple Phones. However, people seem to have adjusted to the change, and these days, even Samsung, Apple’s number one Android-based competitor, have joined Apple in removing it on the Galaxy S22. Other Samsung phones still have one though.

Can I keep my mobile number?

Always. If you're switching providers, you only need to obtain a PAC code from your existing provider, then give it to your new provider the day your new SIM arrives.

This changes from day to day and week to week. The comparison tables on this page will help you find the best deal for you. It is updated daily.

In essence: Yes. Both phones are extremely powerful with excellent cameras and screens, and slickest, most responsive user interface of their generation of phones.

What’s the difference between the iPhone 11 and iPhone 11 Pro?

The iPhone 11 Pro offers two screen sizes: iPhone 11 Pro (5.8"), and iPhone 11 Pro Max (6.5"). iPhone 11 Pro models have a superior, brighter OLED display, and offer substantially increased battery life. The Pro models also have an additional telephoto camera on the back that the standard iPhone 11 does not, allowing for optical zoom. You can still buy a new iPhone 11. But the Pro and Pro Max versions are now only available refurbished or used.