Guide to mobile SIMs for kids, teenagers and families

If you’re looking to buy a new SIM for your son or daughter, it can be difficult to know where to start, with so many different providers and deals out there. In most cases, your starting point is likely to be cost, but there are a few other things worth thinking about before you plump for the cheapest option. 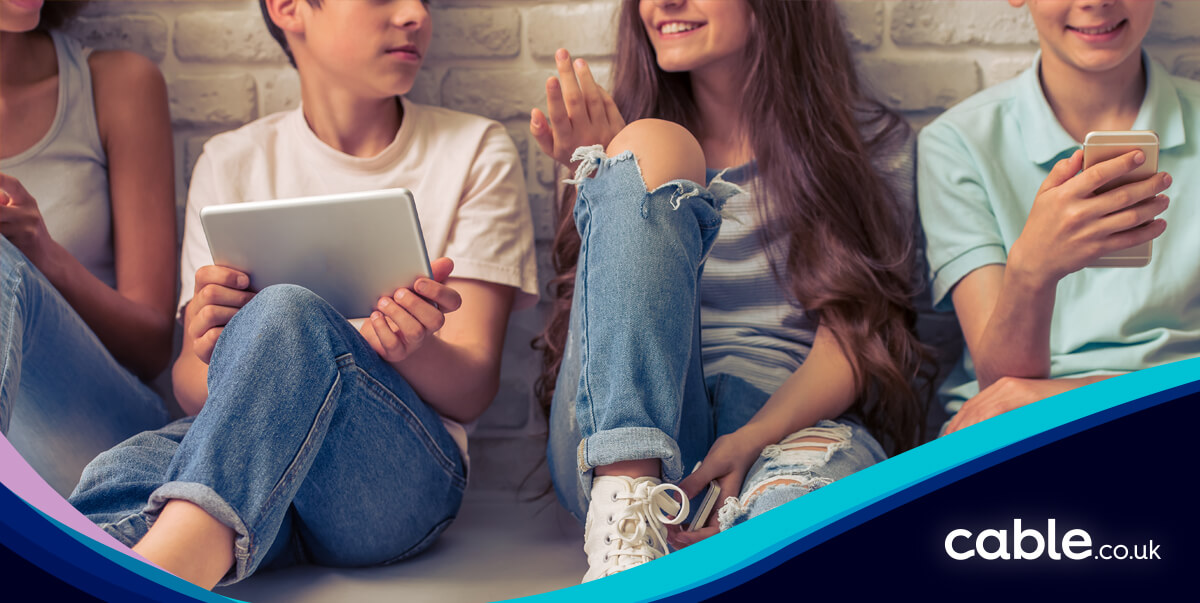 One of the main considerations will be how much data they need, but it’s also worth looking into contract length, signal quality, security, parental controls and even what extras might be on offer, so that you can get the best deal for your money.

In this guide we take you through the key things worth thinking about when it comes to getting a SIM only deal for your teenager, so you can get on with choosing the right deal and get them happily browsing TikTok or listening to Spotify in no time.

If you have a phone yourself and are happy with your provider, then it is probably worth finding out if it offers a Family SIM deal. Most providers now offer the option of a Family SIM, whereby you have more than one SIM on the same account and then receive a discount on each extra SIM you add. BT was one of the first providers to offer a Family SIM, but a number of others now offer it too, including EE, Smarty, Vodafone and O2.

Not all providers refer to it as a Family SIM (you may see phrases such as Family Plan, Sharing Plan or Additional Plan) but almost all of them offer the option of adding an extra SIM to an existing account – in return for some kind of benefit.

Why choose a Family SIM?

For starters, in almost all cases, with a Family SIM you will receive a discount on the second SIM – usually 10%. Some providers offer additional data as a bonus instead. Tesco Mobile offers its Family Perks programme, whereby each person on a single account can claim a monthly bonus – choose from extra free minutes or data, a discount on your bill or even free Clubcard points. With BT’s Family SIM, the more SIMs you add, the greater the discount you receive, which could work out well if you have more than one child to cater for.

A Family SIM also enables you to keep control of all your finances in one place and with one app you can easily make changes if you want to. You can also keep a close eye on how much data your son or daughter is using, and, in the case of some Family SIMs, such as those offered by Sky Mobile and EE, you can also share data between everyone on the same plan – useful if someone runs low.

Some home broadband providers will only offer Family SIM deals to existing broadband customers; Virgin Media is one example of this with its Family Plan. In comparison, Vodafone offers its Vodafone Together deal, whereby existing Vodafone broadband customers can also take a Vodafone SIM deal and then add as many extra SIMs to the account as they wish, with a massive 30% discount for each extra SIM added.

Downsides of a Family SIM

There aren’t many downsides of choosing a Family SIM, but a couple of things are worth bearing in mind. First, find out what the contract term is for additional SIMs. Some providers insist on locking in additional SIMs on a 12-month contract, which means you are committed for a year. Others, such as BT, offer Family SIMs on a one-month contract, which means you can cancel them at any time.

Also, check the flexibility over data allowances. BT only allows additional SIMs to have the same data allowance as the main account holder. So if, for example, you only want 4GB for your phone but your daughter would benefit from 16GB, that is not an option. She can only have 4GB too.

Finally, bear in mind that although the discounts offered by having a Family SIM are good, they may not always offer the best value SIM deal around.

Every parent worries about what their child is doing online. At home, connected to the wifi, it seems less of a worry as you most likely have a number of security systems in place – including parental controls – set up on your home broadband connection. But if the prospect of setting your youngster loose on the net on a mobile phone is terrifying, don’t worry as there are plenty of controls you can establish on a mobile phone too to give you peace of mind.

All providers automatically block access to 18+ sites via their networks. If you want a more tailored approach to what your son or daughter is doing, a combination of either the phone’s parental controls or a parental controls app, along with your own home broadband controls should do the job, whether it’s limiting access to certain apps or limiting time on the phone altogether. Apple iPhones offer built-in parental controls that you can set up and control using a passcode, whereas Android phones such as Samsung and Motorola do not. For Android phones you will need a third-party piece of software such as Google Family Link.

A capped usage SIM is anything other than an unlimited data SIM, where you pay for a fixed amount of data per month. Data amounts have been steadily increasing over the years but you can still get small allowances from 1GB upwards from some providers.

How to choose the right data plan for your child

If you have a younger child, it’s likely that they will be spending most of their time using your home wifi rather than their mobile data, so they will only need a very small data allowance for those few times when they are out without wifi. Most of the time, even if they are at a friend’s house they can log on to the friend’s wifi and save their data.

If you are looking for a SIM only deal for a teen however, they may spend far more time out and about, perhaps streaming from Spotify or YouTube or watching Tiktok. Video and audio streaming can quickly rip through data so if you have a child of secondary age, it may well be worth getting them a bigger chunk of data to play with.

Several providers aimed at the youth market, including Voxi (Vodafone’s little sibling) and Smarty (which uses the Three network), specialise in offering SIM only deals for the younger market. These come with a chunk of data along with unlimited usage for social media apps, so all those hours your child spends on TikTok, YouTube, Facebook and the like won’t touch the data allowance, making a smaller (and cheaper) data allowance last much longer.

Consider setting up a spending cap

In most cases, providers will send a text message when you approach your monthly usage allowance. To avoid being charged, you can set a limit on the account, either blocking any further usage completely or by setting a financial limit of say £5 or £10 extra a month so that you don’t get any unpleasant bill shocks. Also bear in mind that having to buy extra data is expensive and definitely something to avoid.

If you are looking for other ways to keep costs down, remember that some providers will give you a discount on a SIM only deal if you also have home broadband with them. This is the case with BT – if you have BT broadband you will automatically be entitled to a discount of £5 per month on any BT SIM only deal.

Increasingly mobile providers are moving towards offering unlimited data SIMs as the norm. And fortunately they are also becoming increasingly affordable, averaging £30 per month. If you know that your youngster is likely to be using a lot of data, then it might just be worth getting them an unlimited SIM. This also has the advantage of removing any worries about being charged for extra data usage.

Most providers offer unlimited data deals; at the time of writing the only exceptions to this are Plusnet and Sky Mobile. (Also, BT only offers unlimited data as part of a broadband and mobile bundle if you are already a BT Halo customer.) Unlimited data will keep your offspring happy wherever they are and you won’t need to worry about dealing with the rage when they run out or with having to pay more to keep them connected.

There are also a number of big data deals around, offering over 100GB of usage that should comfortably do the job and will cost you a little less than an unlimited SIM deal.

Another alternative is to get a data deal that is partially limited. For example, giffgaff offers what it calls its Always On deal. Data usage is unlimited, but once the user reaches 80GB, speed is drastically reduced until the data renews at the beginning of the next month. This means your child won’t run out of data, but might have to put up with the frustration of slow speeds for a while.

Who offers the best SIM only deals for kids?

This really comes down to how much your child does online – and what they are doing. Some providers specialise in offering free social media usage in their plans, which reduces data costs. If you are just looking for something very cheap, then iD Mobile, Asda Mobile and Tesco Mobile are all worth a look.

What contract length should I choose for my child’s SIM only deal?

In most cases, the longer the contract, the cheaper the monthly price will be. However, if you’re not comfortable with signing up to a long contract, there are many contract-free deals around that you are free to cancel at any time.

Can my teenager buy their own SIM deal?

No. You have to be over 18 years old because you need to undergo a credit check in order to buy a SIM only deal. This means the parent ultimately has to bear the financial responsibility (even if you deduct the cost from your child’s pocket money or allowance).

How much data does my child really need?

On average 5GB to 10GB a month would be a good starting point, depending on the age of your child, what they tend to use their phone for, and how often they are away from wifi. You can always increase the monthly allowance if you want, but you can’t reduce it mid-contract.