If you've been with BT for a while and your existing broadband, TV and phone services are starting to feel a little underwhelming, you're in need of an upgrade. But is sticking with BT really the best option? Not really.

We're going to make some assumptions here. You've been a BT customer for quite a while now. And perhaps it's time to renew and you're considering the future of your services with BT? Perhaps you've already been offered an upgrade and you want to know it's worth it. But wait! 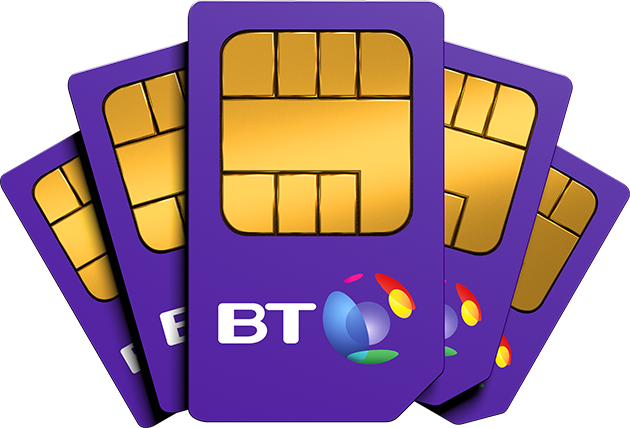 If you have BT broadband already, you can make big savings by bringing your mobile contract under the same roof. Lots of companies are doing this these days, whether it's traditionally mobile-focused outfits like EE moving into TV and broadband, or TV specialists like Sky offering broadband and mobile. They call this quad-play in the biz: 'Quad' referring to the four services – broadband, phone, TV and mobile.

Under the moniker of 'Family SIM', BT Mobile offers BT broadband customers the option to add on one, two, three, four or even five mobile SIMs – presumably one for every member of the family. What we like about the way BT does it is that the more SIMs you order, the less each costs. However, unlike SIM deals from Virgin Mobile or community run – and much-loved by its customers – giffgaff, which both offer free calls to mobiles on the same network, you'll have to rely on your free minutes with any BT Mobile SIM.

Upgrade and you may miss out on cashback, free gifts and huge savings

Before upgrading your existing BT services, have you considered switching broadband? In the extremely buoyant and competitive UK marketplace, literally everyone is fighting for new customers. That means the best deals, at the lowest prices, are always to be found when you switch provider.

Most of the time, people choose to update or upgrade with their existing provider either through misplaced loyalty, laziness or fear that their services will be interrupted if they choose to go elsewhere. The reality is that none of those things should be a factor.

For example, if you're loyal to BT you can get your broadband from Plusnet or EE – both companies owned by BT – while taking advantage of their new-customer offers. Switching takes five to ten minutes in total, so you really can't argue that it's a hassle, and there will be no interruption to your services whatsoever. So what are you waiting for?

If your BT broadband speed is slow

The question here is, will upgrading your broadband to a higher speed make a difference? To which the answer is, surprisingly, probably not. At least, not if your speeds are really, really bad. If you're paying for a standard broadband connection and only getting 2-3Mbps, upgrading to fibre isn't going to help you much – either there's a fault on the line, or, more likely, your property is simply too far from the cabinet, and fibre won't fix that.

Without getting too technical, the further you are from the cabinet the lower the speed you're going to get with BT or any other provider on the Openreach network (that's everyone else except Virgin Media). Upgrading your speed to fibre, or faster fibre than you currently have should help you a little, but don't expect miracles.

But there's worse news still. Switching to any provider other than Virgin Media (which has its own network) is not going to help you, since all the others use the same line and will therefore inherit the same problems. Our best advice, then, is to switch to Virgin Media if it's available. You can check using our Virgin Media availability checker. If not, the best you can do is upgrade your existing BT broadband to the fastest speed available and hope for the best.

Provided you're not suffering awful speeds, upgrading your BT broadband may be beneficial. For many households, BT's basic broadband, averaging 11Mbps, should be enough. With that speed you can do most of the stuff you're going to want to do day-to-day. Watch awesome stuff in HD on Netflix or iPlayer, use social media, shop online, whatever you like, but it does have its limits.

For example, if you live in a household with kids who are growing up and increasingly need the internet for day-to-day activities, whether that's dong homework online or watching the latest TV series on Amazon Prime. Point is, it's the case for many households these days that speeds that once did the trick no longer do.

BT offers two higher Superfast Fibre speeds that average 50Mbps and 67Mbps. Both will suffice for most busy households. If you need to go even faster than that, BT is soon rolling out broadband with speeds of 300Mbps, but expect that to be limited to only a few places in 2018. If you want those kinds of speeds right now, you're going to have to go with Virgin Media.

Credit where credit's due, BT TV – still a relative newcomer – has made great strides over the last couple of years to catch up with Sky and Virgin Media. It's snaffled up Premier League and Champions League football, and was the first to offer programming in 4K via its YouView Ultra HD box.

But just because it's done a lot of catching up doesn't mean it now compares favourably to the likes of Sky and Virgin Media. BT TV's most complete package offers some 114 channels, but before you get too impressed with that, bear in mind that's about a quarter of the number you'll get with Sky and around half what you'll get with a decent package from Virgin Media.

If all you're after is a relatively competent box you can record your shows onto, a way to access a lot of football and/or a way to get all the basic channels in one place, take out BT TV, or upgrade your existing BT TV package. But if you want the best of what's out there, you'll get a more complete service from Sky or Virgin Media.

Finally, lower your bills by upgrading your call plan

Most BT broadband and phone deals come with unlimited weekend calls. But there are two calling packages that are better, depending on when and to what extent you use your landline.

The ultimate package comes with unlimited anytime calls. To be perfectly honest with you, to understand whether you need it takes a lot of patience. You'll need to know not only when you're using your landline, but also to what type of number, since there are limitations on the lines you can call for free. Plus, there's stuff hidden in the small print – like the fact that BT will start charging you for the call even at 'free' times if the call goes over two hours.

The best advice we can give is to look at the times you call, look at whether your calls are to other landlines, mobiles, other types of number, and once you've rounded up all this information, make a judgment as to whether the upgrade will save you any money, or whether you could instead simply change your calling habits.