Getting broadband and TV together? Smart. Bundled broadband and TV packages – typically also including a home phone line – are considerably cheaper than buying your services separately. Plus, fewer bills means fewer hassles.

Having said that, choosing either broadband or TV on its own can be difficult enough. Provider, number of channels, set-top box, broadband speed, contract length and more. Having a bundle is twice as easy once you have it, but choosing one can be twice as hard.

Luckily we're here to take you through the key things you should know before making that choice. Let's start with the basics. 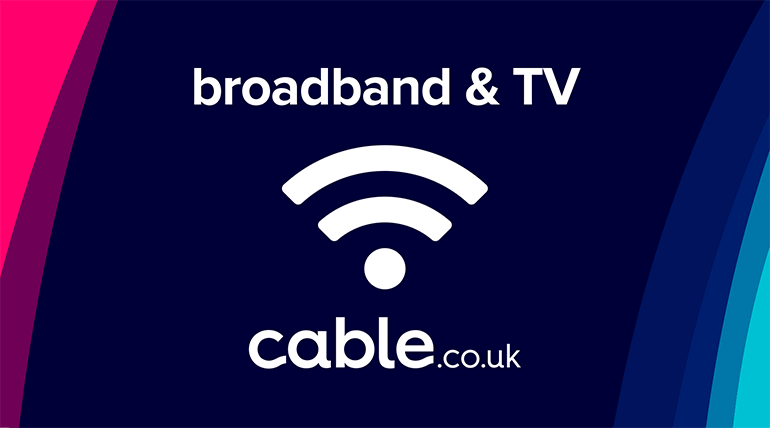 A broadband, TV and phone package bundle is a single package containing a broadband deal, a subscription TV service (Sky TV, for example), and usually a phone line. There are also one or two packages out there where a phone line isn't mandatory. If you really don't want a phone line, Virgin Media is the place to look.

It's a narrower field than you might expect. Where the list of UK broadband providers goes on and on, those who offer TV form a far shorter list. Six providers, in fact, with only three or (arguably) four of them offering much beyond Freeview. Should make choosing easier, though, right? Right.

Why get broadband and TV together as a bundle?

If you're here, you've probably already decided to get your broadband and TV services together as a bundle. Regardless, let's take a quick look at the upsides and downsides.

What to look for in a broadband and TV deal

When scanning through the comparison tables on this page, here's what you should look out for when choosing a broadband and TV bundle.

What are the different types I can get?

Perhaps annoyingly, both TV and broadband packages come in different types, depending on the technology they're using to deliver your services. We'll keep it as simple as we can.

TV packages are delivered into your home in a variety of different ways. They are...

Not all broadband was created equal. Here's a quick guide to the different types of broadband available in the UK right now.

Is it easy to switch broadband and TV provider?

Yes, the switching process is easy. Check your current contract has finished, choose a new deal, sign up, wait for installation. Switching both broadband and TV is arguably 'stickier' than switching just your broadband, though. What we mean by that is TV packages come with set-top boxes onto which you may have many hours of programming recorded. You will probably have to give that back, recorded programmes and all.

Which TV packages have Sky Sports?

You can bolt Sky Sports onto TV packages from Sky (naturally), Virgin Media, BT and TalkTalk. Technically you can also watch it on EE TV, but not in the same way. The EE TV box will allow you to download the NOW TV app onto it, through which you can subscribe to Sky Sports. This is an unnecessarily expensive way to do it compared to simply adding it onto your package with one of the aforementioned providers.

You could also just subscribe to NOW TV if you like. You can either get a NOW TV box, or download the NOW TV app to any of a large collection of devices including games consoles and streaming boxes/sticks. This is quite an expensive way to do it, however.

Which TV packages have Sky Cinema?

You can add Sky Cinema to your Sky TV package, of course. But it's also available as a bolt onto packages from Virgin Media, BT and TalkTalk. As with Sky Sports, above, you can also add it to EE TV via the NOW TV app, or simply get NOW TV on its own.

Which TV packages have Sky Atlantic?

Sky packages. That's it. No other TV provider provides access to Sky Atlantic. You can watch it on Sky's streaming service, NOW TV, which won't require a full Sky subscription, but instead offers Sky content, including Sky Atlantic, on a one-month rolling contract basis – similar to Netflix. Something worth noting, though, for those who care about such things, the quality of NOW TV, at 720p is not full high-definition as you'd get from subscribing to Sky proper. This isn't really a problem if your TV is under 50 inches, but those with very large displays should take this into consideration. On the big-big screen the picture looks, frankly, sub-par.

Which TV packages have BT Sport?

You can add on BT Sport to any TV package from BT, Sky, Virgin Media, TalkTalk and Plusnet for varying amounts of money. If you're interested in BT Sport's ultra-high-definition (UHD) channel BT Sport 4K you can only watch it (in 4K) on either BT's 'Max' TV package, or on Virgin TV.

Can I get fibre broadband where I live?

Almost anyone can get fibre broadband these days – it's available to more than 95% of UK homes. If you want to check what's available where you live you can use our broadband postcode checker.

Are there upfront costs for broadband and TV bundles?

Depends on the provider and on when you are looking for a deal, as some will have promotional periods where there are no upfront costs, but charge them the rest of the time. You can filter out providers who are charging up-front costs using the tools on this comparison page. Worth noting, mind you, that some of the best broadband and TV packages do have up-front costs in some form, so you will be filtering those out.

Can I buy TV and broadband separately?

Yes, but it's not wise. You'll always pay more for equivalent services sold separately than you will in a bundle. Virgin Media and Sky will both sell you broadband or TV on their own. BT, TalkTalk, Plusnet and EE won't sell you a TV package unless you subscribe to their broadband, but will sell you broadband on its own.