Yorkshire-based Origin launched in 2011, and it’s one of many smaller broadband providers that are competing with the big players like BT and Virgin Media, chiefly by offering a cheaper alternative. But is Origin broadband any good?

Origin broadband offers three different speeds – one ADSL and two fibre packages. The three speeds are more or less the same as those offered by most broadband providers. If you’re not sure what broadband speed you might need for your household, our guide can help.

Origin’s cheapest plan is an ADSL line with average download speeds of 11Mbps and average upload speeds of 1Mbps. This might not sound a lot, but it will be plenty if there are only a couple of you using the internet. It is fast enough to stream Netflix and to do most everyday things online (our guide to the broadband speeds needed for streaming TV can give you more info).

Origin Superfast is Origin’s entry-level fibre broadband plan. It offers average download speeds of 36Mbps and upload speeds of 9Mbps. If there are a few people in your household who all like to be online at the same time, then fibre is what you need. You can use our fibre checker to see if you can get fibre broadband where you live.

Origin Max Fibre gives you even faster speeds – 67Mbps download and 17Mbps upload. This should be enough bandwidth to keep you going even with quite a few of you using the internet or streaming at the same time.

All of Origin’s broadband deals come with 18-month contracts, but aside from a free router, they offer little in the way of extras. Unusually, Origin also offers pay upfront deals in addition to pay monthly deals.

Customers looking for a broadband and TV deal might be interested to know that Origin has recently introduced Origin Broadband TV, which you can choose to bolt on to your broadband package. The price includes access to all the Freeview channels, inclusive Amazon Prime membership, a stylish TV box and exclusive access to European football games from La Liga and Serie A. You can also access a wide range of other apps including YouTube, Britbox and BBC iPlayer, but not, unfortunately Netflix or NOW TV.

Like most providers, Origin will give you a free router when you sign up to one of its broadband deals. It supplies the same Zyxel T50K router with all its packages – unlike some providers Origin offers the same decent router to both standard ADSL broadband and fibre customers. 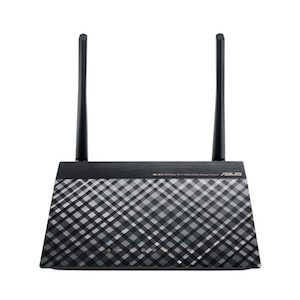 The Zyxel T50K is an impressive bit of kit. A dual-band router with gigabit ethernet ports for connecting wired devices, it also comes with beamforming technology to ensure optimal speeds and minimal lag, perfect for gaming and streaming. It can comfortably support several devices at once and, when placed in an optimal position, provides a strong wireless signal.

The router will be sent in the post at least two days before your broadband goes live. If you have any issues getting set up, there is help available on the Origin website – and our guide to setting up your Wi-Fi router offers a few tips, too.

You’re looking at a couple of weeks to get a new broadband service up and running, or to switch from one provider to a new one. Origin says 10 to 14 days, so that’s fairly standard.

If you already have an active phone line, then your service shouldn’t be interrupted. You’ll just need to plug in your new router and off you go. If you don’t already have a phone line, Origin will install a new one and charge you less than many other providers charge.

As an Origin customer you get access to 24/7 Freephone support from its Yorkshire-based team. This means you’ll never have to talk to an offshore call centre.

Customers also get access to the ‘Customer Portal’ on Origin’s website. This allows you to search a range of help topics and get information about your bill including call charges.

Origin is very focused on offering good value broadband and phone packages. It does not offer the extras you get from some of the bigger providers, such as free Wi-Fi from public hotspots. But if you want good, clean broadband for a good price then Origin could be for you. Here’s a few current deals.

Origin broadband retains many of the same ideals that it was founded upon, and the company is still based in Yorkshire. Its quest to deliver quality broadband and high standards of customer support remains intact.

Due to the lack of extras, Origin’s broadband deals don’t quite measure up to the extensive packages offered by other, better-known providers. But if price and customer service are high on your checklist, Origin broadband is well worth checking out.