Virgin Media has seven all-in-one broadband, TV and phone (and mobile if you want to add it on) bundles available right now. The Big Bundle is the lowliest of the four, and as is commonly the case, also the cheapest. So is it any good? 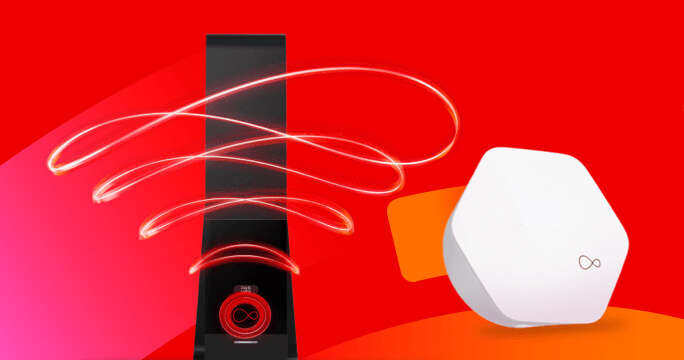 Although it's nice to have everything, most of us aren't bothered about having a gazillion TV channels. Nor do many of us have the need for hyperfast internet speeds more suited to a medium-sized tech firm. That's where bundles like Virgin Media's Big Bundle come in, offering a decent range of TV channels and an impressive internet speed.

Here’s a quick summary at what you can expect to find with Virgin Media's Big Bundle.

The Big Bundle comes with Virgin Media's M50, which averages 54Mbps. This is way faster than the entry-level fibre speed of around 36Mbps offered by other mainstream broadband providers.

54Mbps is easily fast enough to cater to a household of 3-4 people all doing different things on the internet at the same time. You could be streaming movies and/or TV in different rooms and on different tellies and you'd still have bandwidth left over to ignore whatever's on and muck about on social media.

You're more likely to get the speed you're paying for with Virgin Media - and potentially even more. Virgin claims to offer speeds up to 54Mbps with its M50 fibre broadband. Here at Cable.co.uk we're on one of Virgin Media's 350Mbps deals, but often peak at around 400Mbps. If Virgin Media has a bit of extra juice to offer you, it'll tend to let you have it for nothing, in our experience.

The way Virgin Media represents its list of channels on its own site is unutterably confusing. You can check out a much easier to manage, up-to-date list here on Cable.co.uk that also allows you to see what you’re getting in each bundle side-by-side. Anyway, here are the broad strokes.

The Big Bundle offers the most basic TV package Virgin Media offers and consists almost entirely of Freeview channels – channels you could be watching for nothing either via your TV’s own tuner or through a Freeview box. You don’t get Sky Max, Sky Atlantic (no Virgin Media bundle offers Sky Atlantic), any of the Discovery channels, SyFy, FOX, Boomerang, Cartoon Network (or any other kids channels beyond CBeebies), premium movies or sports. All you get are your basic BBC and ITV channels, their variants, Dave, Film 4 and a few HD ones.

So where’s the value? It’s in the box. Virgin Media’s TV 360 set-top box, as we’ll get to a little further down, is a technical marvel. In the case of the Big Bundle more than any other, that’s what you’re paying for.

This is where Virgin Media strikes an oft-fatal blow to many other UK providers. Its router and set-top box, as a free hardware proposition, are truly second to none. The Virgin Hub 3 in its latest form is light, easy to tuck away somewhere unseen, and is one of the rangier routers of all those supplied by UK providers. And using Virgin Media's Intelligent WiFi, it'll clevery adapt to the number of devices connected around the home at any one time.

It’s also universally supplied across all of Virgin Media’s bundles, no matter which one you go for. That means that if you choose to upgrade further down the line you’ll be able to do so instantly. Sky and BT, for example, offer a lower-end router for their entry-level bundles, meaning if you want to upgrade, you’re going to need a new one, so that’s more useful than it sounds.

And of course there’s also the TV 360 set-top box. It’s the best one out there – well, that you’ll get for free at any rate. It can output in 4K (ultra-high definition or UHD), search using your voice for TV programs, apps, and also skip, forward and rewind. And if you choose, you can add two Mini boxes which means you can watch TV in glorious 4K HD all over the house. And, using the Virgin TV GO app, you can view using your mobile or tablet anywhere you have internet access.

You’ll get a landline thrown in, if you need it

By default, Virgin Media will throw in a landline with the ‘Talk Weekends’ add-on. This will allow you to call other landlines at weekends for nothing. You can also opt not to have a landline if you so desire, but this won’t, unfortunately, bring the price down. A physical line will need to be installed at your house and ‘line rental’ is for that, irrespective of whether you use it for broadband, phone or both.

Still, we quite like this option as we tend to rely on our mobile phones and if one thing stops cold callers dead in their tracks it’s having no phone to call.

Honestly? We like all the bundles from Virgin Media. This one is suited to a household that likes a bit of telly, isn’t fussed about the so-called ‘premium’ channels but wants a high-quality DVR/set-top box regardless. And why not?

54Mbps is really fast broadband, make no mistake. It may look piddling next to Virgin’s own top-end 1000Mbps service (which has only very limited availability at present), but that’s just an illusion of scale. 54Mbps with an entry-level TV package is pretty much as fast as everyone else.

All in all Virgin Media’s Big Bundle is ideal for anyone looking for fast, reliable broadband and a basic TV package. Plus, if you decide you want to upgrade your TV package or your broadband speed at any point, you can easily. Highly recommended.