Can I get Virgin Media in my area? Check availability

It's no surprise Virgin's broadband speeds are attractive when the best widely-available download speed offered by the competition is less than one quarter as quick. But it's never quite that simple is it? 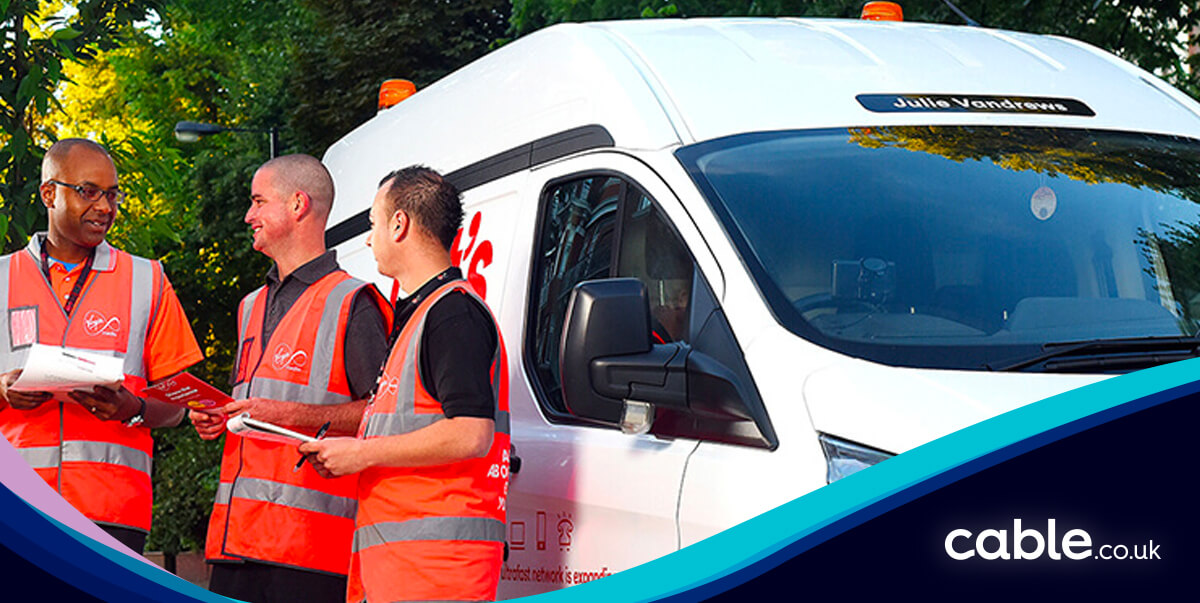 To find out if you can get Virgin Media where you are, click on the button below and we'll tell you instantly if it's available and how to get the best deals.

In many cases, installation requires a visit from an engineer, which incurs a modest fee. Having said that, Virgin Media now offers self-installation packs for addresses previously connected to its services. The pack comes with instructions, and there are video tutorials on the Virgin Media website.

If an engineer performs the installation

Virgin Media currently covers around 60% of UK properties, not all of which can get the top speeds on offer. You can find out what's available in your area by entering your postcode in the coverage checker above.

Depending on the position of your home relative to the road, engineers may need to run a cable up to your property. While this isn't generally a problem for home-owners, renters or those living in flats will need permission from the owner or freeholder before any work is done. The same will apply if the cable needs to cross a neighbour's property.

If your home hasn't had Virgin Media before, the physical sockets for phones or cable connections will need installing. Since Virgin Media uses its own network, existing sockets from BT or others won't work. The engineer does this as part of your installation, which can take anywhere from 30 minutes to a day, depending on how much work is required.

Virgin Media doesn't charge a specific equipment fee, but there is a relatively small set-up fee (smaller than that charged by BT), which covers equipment and installation. The equipment provided would cost an awful lot more if you bought it on its own.

For some it’s a no-brainer, but it also depends on the services you already have. We’re not going to say that cable TV through a set-top box, mainly showing live programming, is old-hat. It’s certainly still relevant for most people. And for most people bundling Virgin TV with Virgin broadband is a no-brainer.

Having said that, there is a growing new wave of users for whom the very notion of plonking themselves onto the sofa to ‘see what’s on’ is beginning to sound like some sort of Victorian folklore. These people have a console, computer or smart TV, they have Netflix, Now TV, iPlayer and Amazon Prime Instant Video, and they watch what they want, when they want.

The beauty of Virgin TV, at least, is that as a set-top box the Virgin V6 addresses both shortcomings: it records things it thinks you will like for playback at your leisure and it’ll allow you to download and use Netflix, iPlayer and so on right there on the V6 box.

I can't get it – when will Virgin Media be available in my area?

Virgin Media has invested a lot in its network over recent years, and this work is ongoing. So it is quite possible Virgin Media will come to your area soon. Unfortunately very remote areas may have a very long wait due to the expense of reaching them.

If you live in such an area and BT, Sky, or one of the other Openreach providers offer fibre optic broadband in your area, but Virgin Media doesn't, it's worth choosing one of their services instead. Contracts usually last no more than 12 or 18 months so you can switch if Virgin Media arrives a year or so down the line.

Find out when Virgin Media is coming to your area

Virgin Media and Openreach have different priorities when it comes to publicising their fibre roll-out strategies. Openreach sells its services to numerous broadband providers. As a result it has an interest in keeping the various providers (and the public) informed about its fibre roll-out. 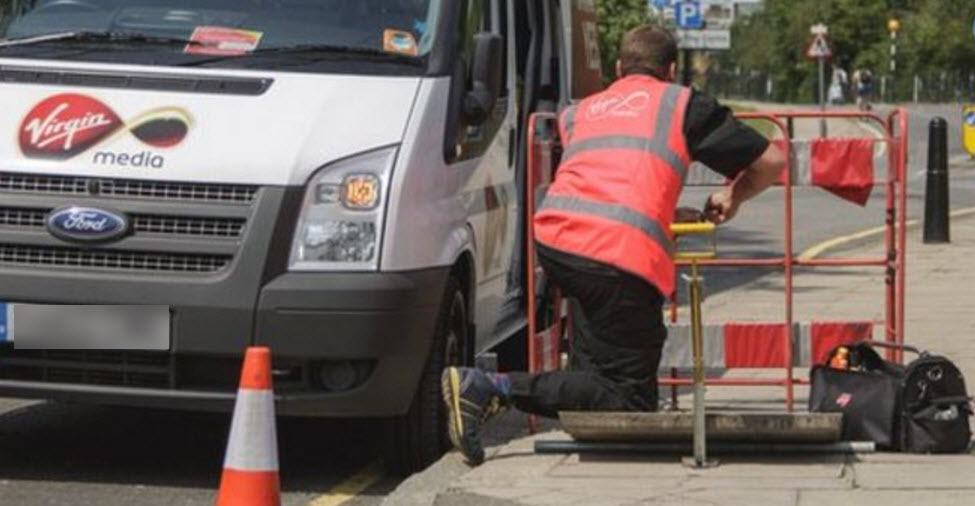 Virgin Media, on the other hand, doesn't sell services to other providers. So perhaps it isn't in the company's interest to publicise where it will set up next. Indeed, doing so may hinder its plans by giving valuable intelligence to the competition. (This is all speculation on our part of course.)

What is Virgin Media broadband and TV?

Virgin Media grew out of NTL and Telewest, which, until their 2006 merger, were the two largest cable TV and cable broadband providers in the UK. The ability to run its own network makes Virgin Media master of its own destiny in terms of technology – and therefore speed.

Due to the fact that Virgin Media has its own broadband cabling and infrastructure, it is currently offering the fastest broadband speeds available to most UK addresses. Most of Virgin Media's competitors are tied to the Openreach network, which currently offers speeds up to a maximum of 100Mbps, but more commonly to 76Mbps. In contrast, Virgin Media's top package, VIVID 350, offers the aforementioned 350Mbps download speed.

To give you an idea of how fast 350Mbps is, streaming an ultra-high definition (4K) movie on Netflix requires a download speed of 25Mbps. With Virgin Media's VIVID 350 everyone in your home can comfortably watch different 4K movies on different devices at the same time. Downloading an HD movie takes about two minutes at these speeds and an album just three seconds.

How does Virgin Media broadband and TV work?

I know we go on about this a lot, but Virgin Media has the fastest broadband most people can access and as we've already mentioned, this is due to it having its own network. But what's the difference between Virgin Media's network and the Openreach network?

Virgin Media use DOCSIS 3 (D3). DOCSIS 3 is the technical name of the faster cable broadband system employed by Virgin Media. It boils down to broadband delivered over existing cable TV wires.

Although Openreach and Virgin Media both run on a backbone of fibre optic cabling, that cable isn't run right up to your door. Between the fibre optic cables and your home, copper cables are generally used. Virgin Media has upgraded its cables to a type with a thicker copper core and better insulation. DOCSIS 3 in combination with the new cables can carry faster, stronger signals over longer distances.

For the past few years Virgin Media customers will have been on the slower DOCSIS 2 system. This has given them one upload and one download channel, causing slow connection speeds when several devices were used at the same time. DOCSIS 3 solves this problem with multiple upload and download channels, allowing more devices to be used at the same time without effecting speed.

DOCSIS 3 requires a new cable modem (broadband router) which is why Virgin Media supplies customers with its excellent Hub router. DOCSIS 3 is responsible for the much faster speeds now offered by Virgin Media. The technology is ultimately capable of delivering speeds up to 1.2Gbps, allowing the possibility of further speed increases in the not-too-distant future.