Virgin Media provides the fastest widely available broadband in the UK. But a good broadband service doesn’t depend on speed alone, so is Virgin broadband any good?

Is Virgin Media broadband any good?

Virgin Media is the leader in the UK when it comes to broadband speeds, with average download speeds of 1000Mbps on its top package. BT is working on delivering ultrafast fibre connections with speeds up to 900Mbps to more households, but currently only a small percentage of UK residents can receive this. (Check out our guide for more about ultrafast broadband.)

Virgin’s broadband is not only fast, it’s also reliable. But whether it’s right for you will come down to whether you need or want all that speed, and of course whether or not you can get it where you live. Our guide can help you to work out what internet speed you might need for your household.

Virgin Media is still not as widely available as services that operate on the Openreach network, such as BT, so you may find it’s not yet available in your area. It’s also worth bearing in mind that should you move to a new area that is not covered by Virgin and have to cancel your service mid contract, you may still be charged early termination fees.

Virgin Media is miles ahead of the top speeds offered by the likes of BT and Sky. Its top-tier Ultimate Oomph Bundle (which includes TV) offers average speeds of an awesome 630Mbps and customers can now get 1000Mbps or more with the Gig1 service. Even Virgin Media’s slowest broadband deal (54Mbps) is faster than many ‘fast fibre’ deals from other UK providers.

Any Virgin Media broadband deal of 100Mbps or more would adequately serve a busy household streaming multiple movies, gaming, doing some good old-fashioned surfing, and still have plenty left over.

A big selling point with Virgin Media is that you’re more likely to get the speed you’re paying for than with other providers. Ofcom’s 2019 figures (Ofcom’s reports are often more than a year behind) show the average speed for 36-38Mbps fibre broadband is actually 32.8Mbps at peak times, whereas a 100Mbps cable connection gives an average speed of 107.2Mbps at peak times.

As a comparison, Plusnet’s entry-level fibre deal has upload speeds averaging at 9.5Mbps, while you can get 19Mbps upload speeds on its top-end fibre package, which comes with an average download speed of 66Mbps. Other providers operating on the Openreach network (everyone else), offer similar upload speeds.

Do upload speeds matter? With most tasks, no. Waiting for photos to upload or big emails to send can be pretty frustrating, however, so it all comes down to what you do with your connection most of the time. 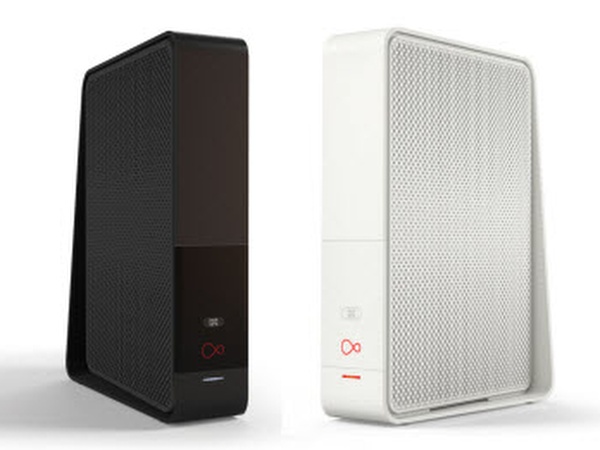 In our opinion Virgin Media’s routers are pretty impressive. All broadband customers get the same router, the Hub 3, with the exception of Gig1 customers who will receive the Hub 4. Customers wishing to upgrade to Gig1 will be issued with a new Hub 4 router free of charge.

Both the Hub 3 and the Hub 4 give superfast Wi-Fi speeds that stay fast across loads of devices. They also have a fantastic range, so are ideal for larger homes. You can also stay safe online with the included security tech: Web Safe, F-Secure SAFE and parental controls.

You’ll need to pay a fee to get your Virgin Media broadband set up and you’ll pay a higher fee on 30-day broadband deals than if you commit for a year.

If you’re switching from BT or another network that uses Openreach (pretty much all of them) you’ll need to cease that connection and have Virgin Media install a line at your property – you can’t just switch it over.

Virgin’s QuickStart should be available if your home has been connected to the Virgin network in the past three years. With QuickStart you install your equipment yourself. Take a look at our guide for more information on switching broadband providers.

However, the report notes that “Virgin Media customers had to wait the longest for their calls to be answered (4 minutes 26 seconds on average) and were also less likely to be satisfied with how their complaint was handled”.

Each broadband provider in the UK tends to have its own way of drawing in new customers. In Virgin Media’s case, it tends not to offer the sort of cashback, voucher and free gift-type deals you often see with BT, Sky and TalkTalk. Instead, it puts its packages on at ‘sale’ prices for much of the year.