Short or no contract SIM only deals 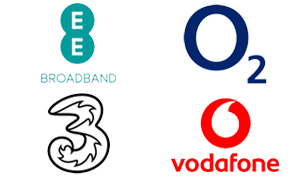 SIM-only contracts come with many of the benefits of a pay monthly phone contract and are ideal if you’re happy to stick with your existing phone or if you’ve seen a great deal to buy a new handset outright.

The downside of SIM-only contracts, for some people, is that many of them last 12 months. And there’s plenty of people either unwilling to commit to a provider for that length of time or concerned about the credit check that often comes with signing up to a lengthy contract. That’s where short or no contract SIM deals come in, so let’s have a look at exactly what we’re talking about here.

What is a short or no contract SIM deal?

A short or no contract SIM deal is, put simply, one that doesn’t tie you in for too long. Most of the plans we’re talking about only ask you to commit for 30 days at a time and for the most part we're treating these as separate from pay as you go SIM deals, although there is quite a bit of overlap with these definitions.

The majority of them are paid for directly using a credit or debit card, while others require you to top-up a pay as you go account and use that balance to buy a bundle. Whichever way you pay, the effect is the same – all short or no contract SIM deals include an allowance of data, minutes and texts (except data-only deals, which we'll get onto shortly).

30-day SIM deals make up the vast majority of the deals on this page. Some providers, such as SMARTY, iD Mobile and ASDA Mobile, only offer 30-day deals while for others, 12 months is the norm but there are options for 30-day or 24-month contracts if you want them.

As well as standard SIM deals, which include data, texts and calls, some providers also offer data-only SIMs that are ideal for tablets. You still get to roam abroad within the EU at no extra cost, as the data you’re using on a tablet is exactly the same as when you use your mobile phone.

Why choose a short or no contract SIM deal?

There are a number of reasons why you would choose a short or no contract SIM deal as opposed to a 12-month SIM only contract or a standard pay as you go deal.

What providers offer short or no contract SIM deals?

Can I get a SIM card without a contract?

Yes. A lot of providers offer no-contract 30-day SIM cards, where you can choose, or not, to continue your contract every 30 days, leave, or adjust your allowances of minutes, data and texts in some way.

Yes. Or rather, you save money by signing up to a full 12, 24 or 36-month contract because your commitment offsets any risk on the part of the provider (that they go to the trouble of getting you set up only to see you walk away 30 days later). Contracts save you money, so if you are determined not to have one you will pay more.

Should I get a no contract SIM or just get a PAYG deal instead?

Even with pay as you go (PAYG), providers are now making it more cost-effective to buy 30-day bundles of minutes, data and texts than to simply extract your usage directly from your PAYG top-up amount. Bundles (different providers have different names for these) are all but indistinguishable from rolling 30-day contracts.

It’ll be one of three sizes of SIM cards that you need – standard, micro or nano. Short or no contract SIM only deals come with either a choice of these three SIMs (check your phone to see which one you need) or a multi-SIM that includes all three.

Your mobile provider will be able to tell you how much data you’ve used in the past month – and many providers now have apps that allow you to keep an eye on your usage. It’s good to know your usage so you don’t end up spending too much, but the beauty of a short or no contract SIM deal is that you’re not tied in if you do over or under-estimate how much you need.

If you bought your phone outright from a tech retailer, direct from the manufacturer or got it from giffgaff then it should already be unlocked. If you got it on a pay monthly mobile deal from any other provider, the chances are it’s locked to that provider.

If you’re not sure, swap out your SIM card for another that uses a different network (borrow one from a friend if you don’t have a spare) and see if you get a signal. If you do, your phone is unlocked, if not then you’ll need to get it unlocked before you can switch. Your provider will do this for you, but may charge. There's more information in our guide to unlocking your phone.

In most cases yes, your new provider will be happy to let you keep your old number. You’ll need to request a PAC code from your old provider then let your new provider know what it is, and follow any instructions they may give you from there. Once that’s done, it should only take a couple of days for your number to transfer across.

SIM deals obviously cost less than phone contracts as there is no handset involved. Once you factor in the price of buying a handset outright, then pay monthly phone deals tend to be pretty good value for money, if not always cheaper than the alternative.

Which the best mobile provider?

That's something that can change quite quickly based on a number of different factors, but you can read our considered opinion in our guide.

Want to learn more about mobile?

Our mobile phone guides contain a wealth of information on just about every aspect of current mobile packages.