If you’re a Sky customer or thinking of becoming one, it’s good to know what to expect from the equipment Sky provides you. We have all the details both on Sky’s most recent routers, as well as those of old. 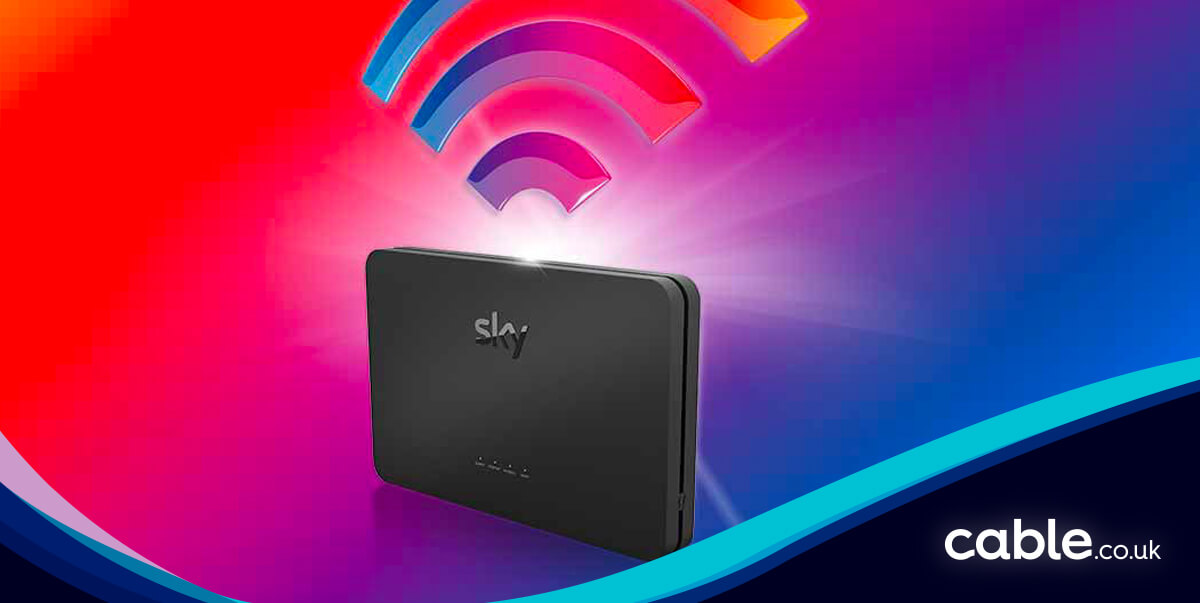 In this guide...
How to get a router
Hub features
Setting up

Sky is almost as well known for broadband as it is for TV. Sky Q TV packages now rely on internet streaming as part of the service, so a decent router is a must. Previous Sky routers have been adequate but certainly not great. The 2013 Sky Hub saw many years of service and fell behind the competition in terms of speed and signal strength.

The later Sky Q Hub was a necessary improvement, but is eclipsed by the superior Sky Broadband Hub. New Sky broadband packages come with the Sky Broadband Hub as standard. Let's take a look at what makes it an attractive option, both for existing Sky customers and those looking to change their provider.

How to get a Sky Broadband router

The Sky Broadband Hub is supplied as standard with all of its current internet packages. This is good news for new Sky customers, because the latest router is a real improvement on previous models from Sky. Indeed, the internet is awash with existing Sky customers asking how they can get one. The main reason behind this seems to be it’s improved signal range, which gives better wifi reception throughout the home.

For existing customers there are a couple of ways to get one. It may be possible to upgrade your broadband package to get the new hub. Alternatively, you can get a Sky Broadband Hub by adding Sky Broadband Boost to your package at a small extra monthly cost. The final option is to buy a Sky Broadband Hub.

In most cases, you can expect your new Sky router to arrive in the post within a couple of weeks of signing up to a new Sky package. If an engineer is required, then the time can vary depending on when an appointment is available.

Visit Sky to find out more

All Sky broadband packages now come with the Sky Broadband Hub. Let’s have a look at some of its features. 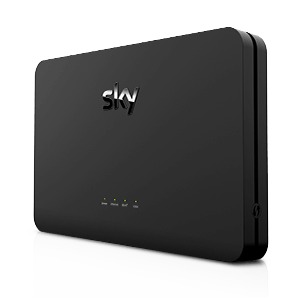 Setting up a Sky Broadband router

If you require an engineer to get your Sky Broadband up and running, they will also set up your Sky Broadband Hub for you. If not, then you will need to do it yourself. For full instructions on various different types of phone socket, it is best to visit the Sky website instructions, which also has pictorial instructions. But if you want an overview to get an idea of how easy it is then look no further.

Your activation date is shown on the box your hub arrives in. When your activation date comes around, the first thing you need to do is unplug everything from your wall mounted telephone socket. Then find the micro filter supplied with your Sky Broadband Hub and plug it into the phone socket. You can then plug your telephone into the micro filter in the socket marked 'phone'.

The next step is to position the hub near your phone socket, preferably in a raised position to get maximum wifi coverage around your home. Your Sky Hub comes with a grey cable, sporting a white plug at one end and a purple one at the other end. Plug the white end into the micro-filter, and the purple end into your Sky Broadband Hub’s purple socket.

Next, connect the power supply plug to the hub before plugging it into the mains. There are four led lights on the front of the hub. When the first 3, indicating, power, internet and wifi are all showing a green light, you are ready to go. The log-in and password details for your wifi are shown on the back of the hub.

Once your router is up and running, we'd suggest you start making it as secure as possible. Our guide to securing your wifi router can help.

The Sky Broadband Hub is an improvement on previous Sky hubs. The main improvement being its eight antennae, which give much better wifi coverage around your home. Previous versions struggled with bad reception in some rooms. But there are still plenty of previous Sky Hubs in circulation. The previous two being the old Sky Hub and the Sky Q Hub

Will I be able to keep my Sky Broadband Hub if I leave Sky?

The Sky Broadband Hub is loaned to you for the duration of your contract. This means you need to return it if you leave Sky.

Can I get Sky broadband without a phone line?

No. Sky broadband is delivered over your phone line so you always get both, Your broadband service will come with a phone connection and call package.

Does the Sky Broadband Hub work with Sky Q?

What is the latest Sky router?

The Sky Broadband Hub is the latest router, and is now provided as standard with all broadband packages.