TalkTalk broadband review 2022: Is it any good?

TalkTalk offers some of the best-value broadband packages in the UK – but can cheap broadband also be good broadband? 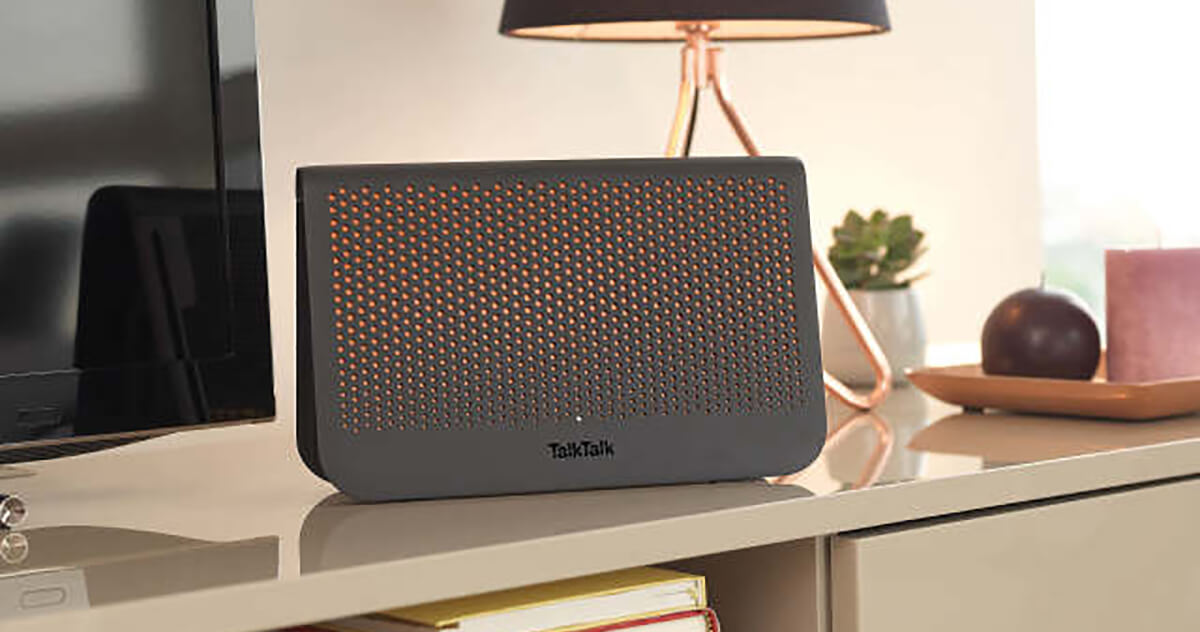 Results of our broadband survey

Our review of TalkTalk broadband

As a budget broadband provider, TalkTalk has some great low-cost packages, making it a pocket-friendly option for UK consumers. There are also some downsides to signing up for a TalkTalk broadband deal, depending on your individual needs and circumstances.

TalkTalk offers TalkTalk standard broadband and TalkTalk fibre broadband packages with speeds that will meet the needs of most UK households. And broadband provision through TalkTalk is also widely regarded as being great value for money.

TalkTalk can also boast no upfront costs for its fibre packages, free security bundles, and no restrictions placed on downloading. Plus, as is now standard with all providers, line rental is included in monthly payments.

Customer service at TalkTalk has been found lacking in recent years, though it’s reassuring to know that call wait time is the industry best (calls are usually answered in under a minute).

You also won’t get any inclusive landline phone call options with a TalkTalk broadband deal, but can bolt these on for an affordable added cost.

The router provided with the brand’s Fast Broadband package deals is very basic, though it should meet the needs of small to average-sized households with ease.

All in all, TalkTalk is arguably the best budget broadband provider in the UK, but is perhaps better suited to smaller households or those who don’t need the fastest available broadband speeds.

Our most popular TalkTalk broadband deals

What does TalkTalk broadband offer?

Here’s a quick look at what you can expect to find in a TalkTalk broadband deal – not all freebies are available with every deal.

The faster the average download speed for broadband, the more you can do with your internet connection - quicker, and on multiple devices.

In general the more people in your home, the more the internet gets used and that means more bandwidth is needed for doing the activities they enjoy online (such as gaming, streaming TV and film). This means you’ll need fastest the broadband speed available at your location and on your budget. If you’re not sure what broadband speed you need, check our guide.

TalkTalk offers a choice of four download speeds to suit differing household needs, and all its packages come with unlimited downloads.

TalkTalk Fast Broadband, the brand’s lowest-speed offer has an average download speed of 11Mbps. This is usually sufficient for one or two people using the internet simultaneously to do things like stream content, send emails and browse social media. This download speed may not be fast enough to suit the needs of a larger family, perhaps with older children who spend a lot of time online. In these circumstances, a fibre broadband deal could be better.

TalkTalk’s Fibre 35 deal offers download speeds averaging 38Mbps, much faster than a standard broadband connection and ideal for family households with several people online at once. You’ll notice fewer glitches and problems doing things like streaming Netflix or Amazon Prime, and should be able to watch TV and films in HD without any issues.

If you live in a large, busy household where people are gaming, streaming, and surfing the internet 24/7, you may want to consider TalkTalk’s top-level fibre broadband package, with average download speeds of 67Mbps. This will give you an even more stable service in a household that’s constantly ‘on the go’, though admittedly this still falls some way short of UK speed leader Virgin Media.

TalkTalk’s latest broadband offering, ‘Future Fibre’, is full fibre to your house. That means that there is no old fashioned copper wire involved. This is good for a couple of reasons:

It means that you’re going to benefit from speeds starting with the 150Mbps, ‘TalkTalk Fibre 150’ we’ve mentioned earlier in this guide, and going all the way up to a frankly ridiculously fast 500Mpbs and then 900Mbps.

You also get the benefit of a new ‘mesh’ tech with the Amazon eero 6 or Pro 6 routers depending on which deal you take. Yes, that does sound unbelievably technical. No, it doesn’t have to be. Here’s why:

‘Mesh’ routers such as the eero 6 can be reliably added to with small sub-£100 extender boxes that can be positioned around your property if needed. Unlike traditional broadband router extenders that really only act to boost the signal from your main router, mesh routers act as separate ‘nodes’ to the central router. Yup, still sounds a little technical. Frankly though the only difference this makes to your experience is greater reliability all over where you live.

Don’t worry though, you don’t, of course, have to extend your mesh router network if you live in a smaller property. The basic eero mesh router works quickly and reliably on its own. You even get an app for your mobile device that will take you through the setup in easy steps.

TalkTalk’s new Future Fibre deals are all about being as fast as possible both in upload and download speeds. Because there is no old fashioned copper wire (your old telephone line in fact) involved, you get a fast, clean connection directly into your home. Future Fibre 150 is the entry-level version and probably has as much speed in both directions as anyone needs to stream high-quality video, download emails, upload photos to the cloud, in fact do anything fast. Future Fibre 150 comes with an Amazon eero 6 mesh router that you can set-up and control using the free app.

TalkTalk’s new Future Fibre deals are all about being as fast as possible both in upload and download speeds. Because there is no old fashioned copper wire (your old telephone line in fact) involved, you get a fast, clean connection directly into your home. The next step up from the Future Fibre 150 is Future Fibre 500. Getting this depends on where you are in the country at the moment. You can check this using TalkTalk’s own postcode checker. The difference between Future Fibre 150 and Future Fibre 500 is, of course, speed. The Future Fibre 500 deal comes with a Amazon eero Pro 6 mesh router that provides up to 506Mbps download (for streaming UHD movie for example) and 71Mbps for uploading (sending your photos up to your cloud storage for example). It’s incredibly fast.

The very top end of the TalkTalk Future Fibre range is Future Fibre 900 which, as the name suggests, provides a ridiculously fast download speed of 900Mpbs, and upload speed up to 91Mbps. You achieve this with not one, but two Amazon eero Pro 6 mesh routers which, once set up using the free app, happily talk to each other and provide coverage up to 560 square metres – enough for a small castle really. Find out if you can get it using TalkTalk’s own postcode checker.

Upload speeds dictate how fast you can copy or send things from your device to the internet, cloud storage, or other devices. Most of us receive more data than we send, making upload speed much less important than download speed.

If you’re able to get one of the Future Fibre deals however, then you’re looking at upload speeds of 71Mbps with Fibre 500, or blazingly fast 91Mbps with the Fibre 900 deal.

Our most popular TalkTalk broadband deals

Most broadband providers offer special deals and incentives to draw in new customers, and TalkTalk are no exception. The brand tends to offer a combination of low sale prices and cashback or voucher incentives during special offer periods.

If you want to add phone or TV to your broadband packages, you’re in luck. TalkTalk offers both phone and TV bundles.

If you’d like to add a TV subscription to your broadband, you can simply add TalkTalk TV when you sign up. Enjoy over 80 Freeview channels with the YouView box. Should you wish to sign up to NOW TV, Amazon Prime, Netflix or BT Sport, you can do so and enjoy these streaming services via your TalkTalk TV YouView box. 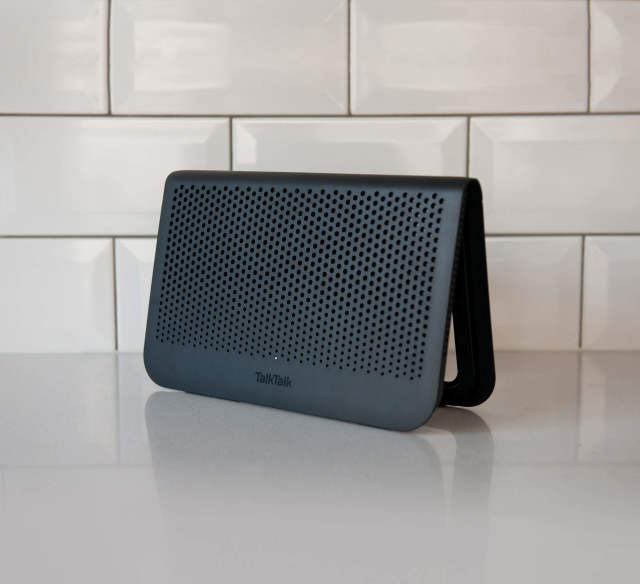 TalkTalk’s entry-level broadband service is the only package that comes with a Super Router. Although generally well-regarded, it does have some limitations when it comes to range and busier households would be better to look at choosing a fibre package. Customers signing up for Fibre 35 or Fibre 50 services will receive the Wi-Fi Hub Black as part of their package, which is twice as powerful as the Super Router and can support up to 50 devices at once.

Customers that are fortunate enough to be able to sign up for Fibre 150 will receive the even more powerful Amazon eero 6 mesh router that has seven built-in antennae to provide a far-reaching wifi signal around your home.

TalkTalk broadband installation takes around two weeks from the time you sign up. It’s recommended to wait until your service activation date before setting up your router, as you’ll obviously have no service provision before then.

If you don’t have an appropriate landline connection, this will be done by your engineer on your appointment date. You can make your appointment with TalkTalk when placing your order. For more details about what to expect when your TalkTalk broadband is installed, have a look at our guide.

Recently, however, there has been some improvement. The brand’s website also has a very good customer dashboard that can help you troubleshoot and resolve problems if your TalkTalk internet is down.

TalkTalk prides itself on its community – an online forum that is free to join where customers can ask questions about anything and get answers from other members, as well as having the opportunity to join live Q&A sessions, receive service status updates and report scams.

TalkTalk can also now boast the shortest call waiting times in the industry, with an average of just 47 seconds before a call is answered. In comparison, Plusnet customers wait a lengthy 7.27 minutes.

For TalkTalk broadband help, call Customer Services on 0870 444 1820. Having your account number to hand will help you deal with your issue more speedily.

TalkTalk offers some of the best-value broadband deals in the UK, although its customer service has been patchy in the last few years. However, it offers a great service for bargain hunters, especially if you are looking for a broadband, phone and TV package.