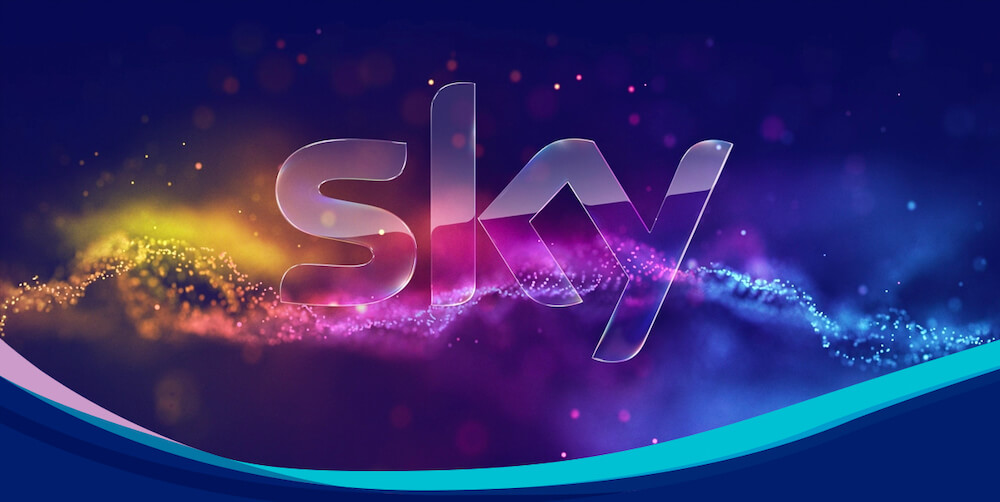 Sky Glass is a novel concept offering something genuinely unique: A premium TV service integrated into a bespoke flatscreen. But it isn’t quite as versatile or as powerful as a separate TV and satellite-based Sky Q system. This guide goes through the package’s features and the tech behind it and will help you decide if Sky Glass is the right deal and experience for you.

What is Sky Glass?

Sky Glass is Sky TV’s new platform for delivering its TV service entirely over broadband, therefore setting customers free of the satellite dish. But it’s also the name of the smart TV that is bundled in and which is, currently, the only route to get the Sky Glass service.

The Sky Glass service features 150 channels in its Sky Entertainment base package, paired with the budget Netflix Basic service. This is significantly fewer than the 300+ channels Sky customers can get through the alternative Sky Q satellite platform, but you still get all the mainstream channels without needing a sizeable, unsightly TV box in your living room, or a dish on top of your home.

A broadband connection from any provider will suffice as long as it supports a minimum of 10Mbps download speeds for HD content and 25Mbps for 4K HDR content.

Next, we’ll have a brief overview of the features of the new Sky Glass platform.

Sky’s new 'Playlist' feature creates a queue of shows to be watched later. Once you add shows to the Playlist, it will centralise shows from both live TV and on-demand apps (Netflix, Apple TV+ and so on). It will record upcoming episodes in Sky’s new 'Cloud DVR' online storage space if they are being broadcasted or simply stream them to your TV from one of the third-party streaming platforms.

Unlike a standard smart TV though, there is no app store, no route to install other apps and no web browser (so no web apps). That means Nvidia GeForce Now, Steam Link, Twitch, AirScreen, TED and Plex will be noticeably absent from the Glass TV. Starz, Britbox, Curiosity Stream, MGM and Showtime content is still available through the Amazon Prime Videos app.

Sky’s viewing packs are a set of add-ons aimed at significantly enhancing the way you experience Sky TV content on your new Glass:

There is no doubt Sky TV includes some of the best entertainment channels out there. Sky Atlantic is the crown jewel, showing brilliant Sky Originals such as Chernobyl, Riviera and The Fear Index, and great Sky Exclusives like Westworld, Succession, The Gilded Cage and Mare of Easttown.

Sky Max (formerly Sky One) comes with its own terrific set of TV series, including The Rising, A Discovery of Witches, COBRA and Wolfe. Syfy (soon to be rebranded as Sky Sci-Fi) brings an epic combination of science fiction and fantasy shows like Penny Dreadful City Of Angels, Dark Matter, Siren, The Outpost and Stargate.

Sky TV is content-rich with some of the best documentaries ever produced. Sky Documentaries offers some excellent US broadcasts from HBO and Showtime alongside some new programming: The Kingmaker, Chernobyl: The Lost Tapes, Hillary, The Crime of the Century and Janet Jackson.

For the David Attenborough fans, the new Sky Nature brings captivating content about the natural world in fantastic 4K HDR, while Sky History dives into the richness of our shared history, from stories of great explorations to wartime epic tales. Feel welcome to check out insightful documentaries like Ancient Superstructures, Washington and Treasures Decoded, as well as dramas such as Vikings, Black Sails, Knightfall and Six.

Most of the better-known Sky Sports channels are only available through an additional package. Still, Eurosport 1 and 2 (The Grand Slam, European Athletics Championships, the Olympics) and Sky Sports Racing are contained in the base package.

For those looking for more, Sky offers a broad range of additional content for various monthly charges: 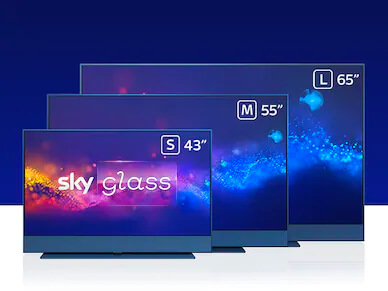 Other than being Sky’s first dedicated TV service over broadband, Sky Glass is a novelty because of the innovative idea of bundling an actual TV with the service. The Sky Glass TV is available in three sizes: 43in, 55in and 65in, and five different colours: Ocean Blue, Ceramic White, Racing Green, Dusky Pink and Anthracite Black.

In terms of connectivity, you can hook up the Glass to your router via cable or wifi. The Glass even comes with a terrestrial Freeview aerial input which you can use as a backup option if your broadband ever goes down.

The TV comes with HDMI 2.1, but fails to implement all the great gaming features of that standard. Technologies like Auto Low Latency Mode (ALLM), High Frame Rate (HFR) and Variable Refresh Rate (VRR) are missing on this TV.

Sky Broadband is known to deliver a premium experience to its customers through its collection of excellent broadband packages and superior customer support. If you are thinking of getting a Sky Broadband package or just interested in finding more about them, feel free to check our guide.

Some of the best alternatives to Sky Glass come from Sky itself. The Sky Q is Sky’s satellite dish-based technology. Its main advantages over Sky Glass are more channels, the possibility to record locally and the option to use it with a TV of your choosing.

The other great alternative from Sky is the NOW TV service, which offers both IPTV live streaming and video-on-demand on a monthly rolling contract. It includes Sky Atlantic, Sky Max and Sky Cinema, but most of the content is only available in HD (720p) with stereo audio, except for some Full HD (1080p) content.

Sky channels are also available with BT TV, but only via NOW TV, so still that means no 4K, HDR or Dolby Atmos.

Sky Glass is a fantastic offer through which you get a premium, nuanced and versatile streaming service that offers a massive variety of content between the curated Sky channels and the top-class streaming apps included.

As for the Glass TV itself, it remains a mid-range priced TV with competitive features. While no one will pick the Glass for its TV credentials alone, numerous customers will be persuaded by it being effectively offered as a low-cost monthly add-on to their Sky TV subscription.

Measured up against the Sky Q, Sky Glass is a convenient alternative that offers an all-in-one entertainment solution. And for those who can’t have or don’t want to have a satellite dish installed, Sky Glass is a far better option than NOW TV, delivering all the best Sky content in the way it was meant to be watched and listened to, with 4K HDR, Dolby Vision and Dolby Atmos.