The most basic TV package available from Sky is now called simply Sky TV, although more quietly it is referred to as Sky Signature. No more Sky Original Bundle. No more Sky Entertainment. So what’s in it then? Well, quite a lot as it turns out. 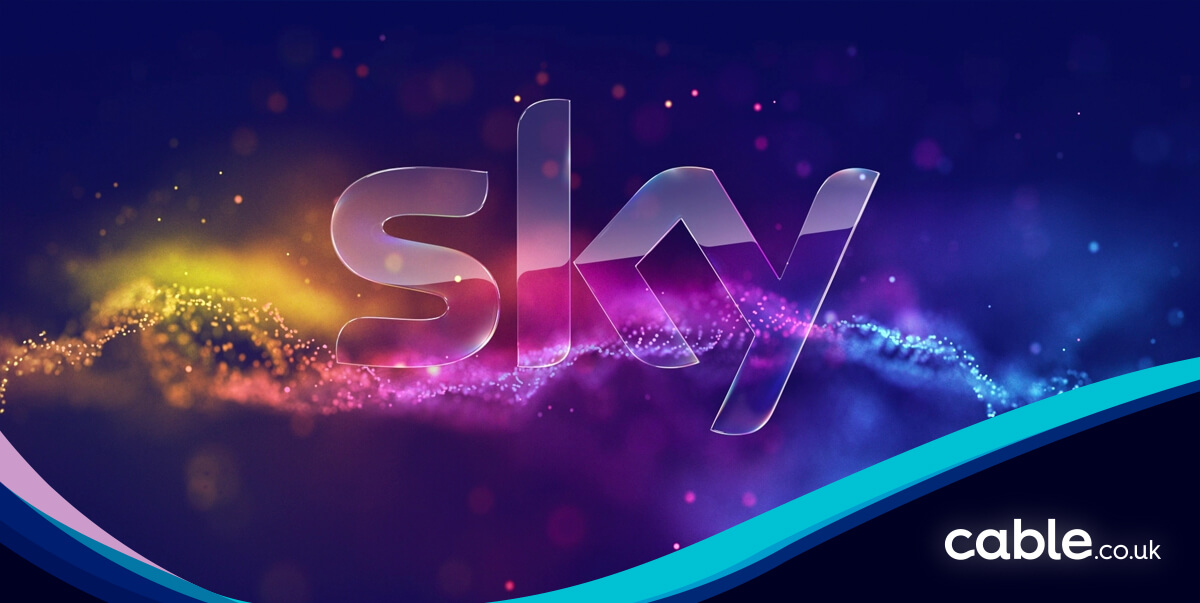 With the excellent high-spec Sky Q box on offer along with a wide range of superb TV channels, plus extras such as Sky Go Extra, Sky Box Sets and Netflix, Sky is well worth a look. You can also choose to add on a selection of bolt-ons in the form of Sky Sports, Sky Cinema or Sky Kids. Whatever you want to know about Sky TV, we go through all the details right here.

The Sky Signature pack, described more simply on Sky’s website as just Sky TV, provides every new customer with a Sky Q set-top box. This’ll be what you use to watch all those channels, record shows you want to watch later and stream on-demand movies and TV. It is very good.

Catch-up TV comes as standard. The last 30 days of programming are stored automatically so you can watch any of it anytime – all you need to do is connect the Sky Q to a router.

You’ll also get the Sky Go app, which you can download to your phone, tablet or computer/laptop. This will allow you to watch shows live, as they’re aired, or from the aforementioned 30 days of catch-up. There’s also the My Sky app, which allows you to easily manage your account, view your bills, or get help with any issues you’re having.

What channels do I get?

There are over 300 channels available with Sky TV. This number, of course, includes the jewel in Sky’s crown: Sky Atlantic, which show the brightest and best TV shows from across the pond, including Game of Thrones, Westworld, True Detective, Billions and a host of others.

You get 24 entertainment channels all in all.

If you prefer things more factual, Sky TV features 15 factual/documentary channels in all. Highlights include Discovery, The History Channel, Animal Planet and National Geographic – plenty for the more inquisitive minds in the household.

Music is catered for with four MTV channels: MTV music, plus three genre specific channels (Base, Hits and Classic).

There are seven channels of sport and news, including Eurosport 1 and 2, as well as Sky Sports News, Sky Sports Mix, Sky Sports Racing, and of course Sky News itself.

If Indian and Asian TV are your thing, there are an impressive 15 of them on offer with Sky TV. Enough here, in fact, that if you wanted to you could watch nothing but Indian TV, ignore everything else and be well satisfied. There’s Zee TV, B4U Movies, Utsav Plus and Zee Cinema to name but a few.

You also get all the usual free-to-air stuff you’d find on Freeview (BBC, ITV, CBeebies and so on), which, while not exactly piling on the value (as the name suggests, you could watch them for free without Sky) do allow you to keep everything contained within your Sky Q box. And don’t forget that you get 30-days of catch-up TV on most of those channels – you won’t get that with traditional Freeview unless you’ve got a warehouse full of blank VHS tapes. And haven't left the house since 1987, presumably.

Sky TV now also includes a free Netflix subscription, so you can get the best of both worlds if you sign up. Customers can enjoy watching Netflix content on any compatible device, from their TV to their smartphone.

In addition, Sky Box Sets is included at no extra cost, having previously been a chargeable add-on. This offers over 500 box sets of popular TV shows, from drama and comedy to documentaries and classic TV, which, when combined with a Netflix subscription, gives any household a vast amount of viewing options wrapped up in one handy TV package.

Is the Sky Q set-top box any good?

Sky Q is one of the most high-spec set-top boxes on the market right now. There are two models available, and it is the lesser of these two models you’ll get with Sky TV. Both models are top-end quality but we'll run through the differences here so you can decide whether you really need the premium version.

The main selling point of the 2TB is that it allows you to watch 4K (UHD) content, whereas the Sky Q 1TB allows 1080p HD. When it comes to 4K, you’re also going to need a 4K-compatible TV to watch 4K content, but more than that, unless that TV is absolutely gargantuan (65” or bigger) you will barely notice the difference. This has to do with how small the pixels (little lights that make up the picture) are and the limited resolution of the human eye. We won’t bore you with all that; suffice it to say that if you want 4K, you probably already know all about it.

And here’s the kicker: Sky Q 2TB, for all those largely pointless (for most of us) extras, will charge you an additional £199 up front. It’s simply not worth it unless you’re watching something approaching a cinema in your own house. And honestly, who records six shows while watching a seventh?

Catch-up TV on Sky – how does that work?

Very simply, in fact. Sky stores everything shown on its channels for a rolling 30-day period. That means that, so long as your Sky Q box is connected to even a fairly measly internet connection (anything over 3Mbps will do it for standard definition, 8Mbps for HD), you’re going to have access to a huge range of content the moment your first switch it on.

And no, you don’t need to store any of that on your own Sky Q set-top box (an increasingly inaccurate description since no one puts them on top of their TV anymore – too thin, see?), Sky takes care of all of that at Sky HQ, or at its data centres at least.

Is the Sky Go App any good?

Of course, with the majority of channels automatically recorded for you via the 30-day catch-up service you’ll rarely need to do this, but it's very handy nonetheless.

Sky VIP aims to reward longstanding customers for sticking around. According to Sky ‘the longer you're with us, the better it gets’, claiming to offer via the scheme ‘money-can’t-buy experiences’. This tiered reward system depends on how long you have been a Sky customer, with increasingly exciting rewards on offer as the years pass. Some of the goodies on offer include exclusive cinema previews, exclusive channels, tickets to sports events, prize draws and even the opportunity to be in the audience of Sky TV show recordings. Plus, every new customer that signs up gets to choose a free movie from the Sky Store as a welcome gift.

If you take out Sky TV, you won’t automatically be enrolled in Sky VIP. You’ll have to download the My Sky app, and within that you’ll find a place to sign up on the home screen.

What add-ons are available with Sky TV?

Not so long ago, Sky had a whole bunch of variously named bundles such as Sky Complete and Sky Variety. These days Sky makes it a bit simpler: you start with the impressive Sky TV pack, then bolt on whatever else you want. Bear in mind Sky TV now comes with Sky Box Sets and a Netflix subscription as standard. Here are the options for additional packs.

Both can be added on, together or separately, but things start to get a bit more expensive at this point. At the time of writing, Sky Cinema costs an extra tenner a month (it may be more, or less if there’s an offer on). For that you get a bunch of movie channels showing over 1,000 different movies each month.

Sky Sports is more expensive, generally, but if you add these channels on when you sign up, there is often money to be saved, especially if you take out Sky Cinema too. Both Sky Sports and Sky Cinema require an 18-month contract.

For sports lovers wanting access to absolutely everything, BT Sport comes with BT Sport 1, 2, 3 and BT Sport ESPN. All the channels are available in HD. Discounts are available to customers signing up for BT Sport and Sky Sport. BT Sport is on a rolling 31-day contract so if you decide you don’t want it, you can easily cancel.

Not only does this give you access to crystal clear HD and Ultra HD where available with Sky channels, it also unlocks Netflix Premium, so you can watch Netflix on four separate devices as opposed to one (as is offered by the Basic subscriptions).

This exclusive Disney+ streaming app is becoming a must-have for families in particular. With all the Marvel and Star Wars movies, along with all the National Geographic content, it’s a worthwhile investment for households with younger members who have outgrown the kids’ channels. Plus, it’s on a rolling 31-day contract so if they watch everything too quickly, you can easily cancel.

Kids channels are somewhat poor as standard in the basic Sky TV package. You get CBBC and CBeebies, but that’s it. We’re pretty sure that’s so that Sky can sell you the Sky Kids bolt-on. It’s only a fiver if you get it at the same time you take out Sky TV, but offers eight dedicated kids channels (including Nick Jr, Boomerang and Cartoonito among others) as well as over 5,000 episodes of various kids TV shows on demand, plus the Sky Kids app.

If you want to watch Sky on more than one TV around the house, you can with Sky Multiscreen, which costs an extra £12 per month. On top of that, for each extra TV you will need a Sky Q Mini box. Just one Sky Q Mini costs £20 paid upfront, but two boxes will cost £119. You can choose to add a maximum of four Sky Q minis but you can only watch on two boxes at a time; the main Sky Q box and one mini.